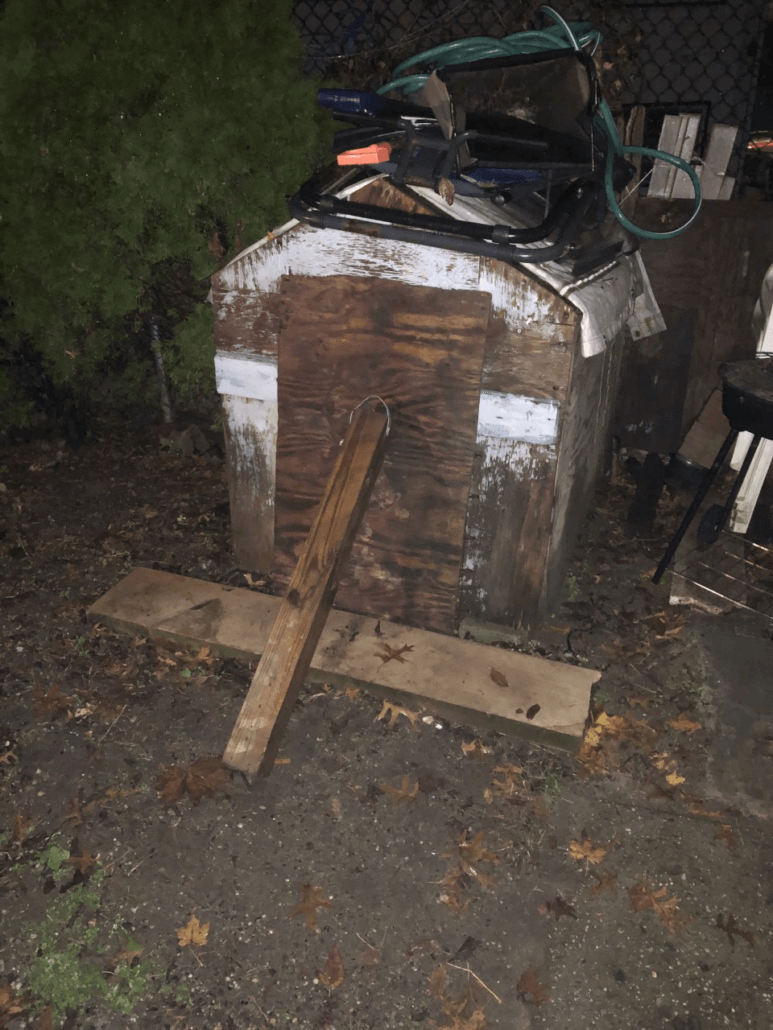 A 60-year-old woman in Glen Cove, New York, is accused of locking her senior dog inside of a filthy, wooden dog house. Officers discovered the horrible situation on November 13 after someone reported that a dog was crying in distress.

The authorities have identified Delia Banos as the person who stowed her dog, Lassie, away inside of the feces-filled dog house in her backyard.

Please sign this petition today - Banos must be punished for her cruelty and forbidden from ever owning a pet again! 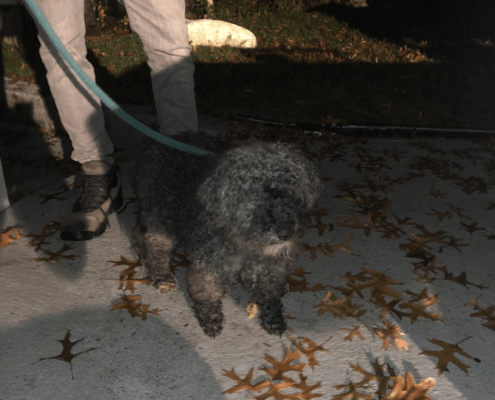 Officers who responded to a welfare check at Banos' home discovered a dilapidated dog house with plywood covering the opening. Inside, hidden away in darkness, was Lassie, an elderly dog who was suffering from signs of long-term neglect.

Imagine Lassie's suffering, loneliness, and fear from being trapped behind the plywood - imagine being stuck inside of a dark box, amidst feces and urine, with no light whatsoever. These miserable conditions were Lassie's reality and now her owner must pay for the cruelty she inflicted on this innocent dog.

Your signatures (and comments) will help persuade the Nassau County, New York District Attorney that Banos deserves the maximum punishment for her animal cruelty charge.

Note - Lassie was taken to the Glen Cove Animal Shelter for treatment and care.

Update 01/04/2021: Animal Victory sent 18,110 signatures and comments to District Attorney Alexander Brennan along with our letter of intent for the maximum punishment. Read our letter here.

Update 12/7/2020: Animal Victory has been informed that Lassie is "doing great" since being rescued. She is currently in a foster home recovering from surgeries (she was altered and masses have been removed). One of the masses was cancerous, but it was removed entirely. Lassie is still suffering from eye conditions which will be addressed after she has healed from her surgeries.

Linda Stipe signed Woman Locked Ailing, Senior Dog Inside Of Filthy Wooden Dog House via Janelle Babington 2020-12-04 20:18:08 -0500
She needs to receive jail time probation with a condition she not own any pets

Mary Kreger signed Woman Locked Ailing, Senior Dog Inside Of Filthy Wooden Dog House via Janelle Babington 2020-12-04 20:04:37 -0500
Punish her! What if she was locked away in pee and poop with no light. Animals don’t deserve this and people better stop abusing and the law needs to start cracking down on this problem. It’s in a felony!!!!

Kathy Miller signed Woman Locked Ailing, Senior Dog Inside Of Filthy Wooden Dog House via Janelle Babington 2020-12-04 19:58:44 -0500
Throw her in prison and label her as unfit to care for animals