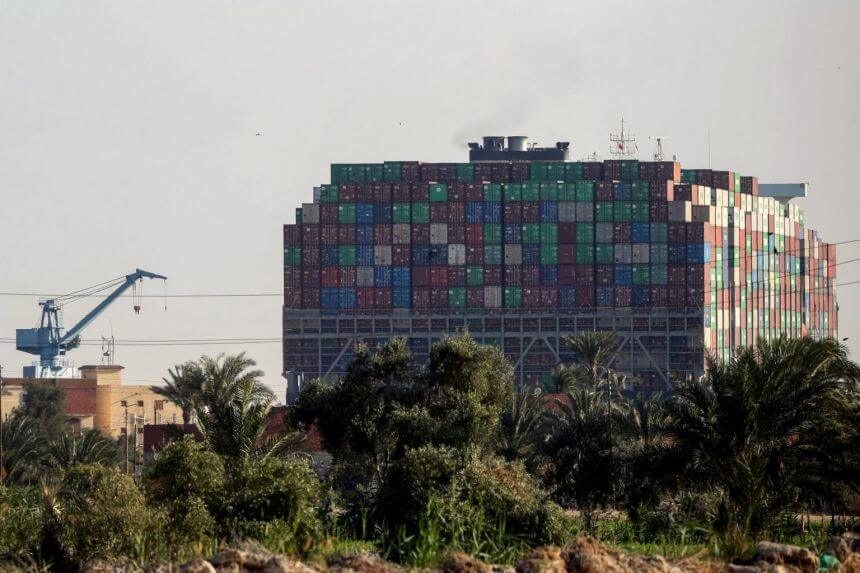 The recent Ever Given container ship fiasco in the Suez Canal has put a spotlight on the cruel live animal export trade. While the massive ship was wedged in the Egyptian canal, thousands of captive livestock suffered in tight, filthy quarters aboard ships trying to make their way through the passage. It is estimated that upwards of 200,000 animals were part of the back-up...trapped onboard literal ships of deaths traveling to destinations where the animals will be cruelly slaughtered.

Please join us as we petition the European Parliament to bring an end to live animal export!

When things go awry at sea, livestock on board ships suffer immeasurably. Animals have to stand in their own waste, for weeks on end. And if resources run out, the animals suffer dehydration and starvation; the ones who don't survive are thrown overboard.

The atrocities these sentient beings are forced to endure are overwhelming.

Recently, a livestock ship with 1,800 head of cattle was denied port entry for THREE months! According to The Guardian, nearly 200 of the cattle died in conditions described as "hellish."

The animals forced onboard these ships of death are already slated for death - must they suffer unnecessarily before they are slaughtered? Does anyone care for their welfare?

Your signatures and comments will be sent to the European Parliament along with our letter asking for this cruel live export transportation business to come to an end.

Video from YouTube/Mercy For Animals

esther van der hoeven signed Suez Canal Situation Highlights Atrocious Animal Trade, With 200K Animals Stuck On Ships 2021-07-27 22:33:25 -0400
this is so cruel, this is wrong every animal have also feelings it kills me to see that

Trudie Rees-Billson signed Suez Canal Situation Highlights Atrocious Animal Trade, With 200K Animals Stuck On Ships 2021-05-31 06:56:08 -0400
This cruelty and abuse breaks my heart each day. Human cruelty and depravity has no end, it just seems to grow and get darker. I feel so ashamed of humanity.