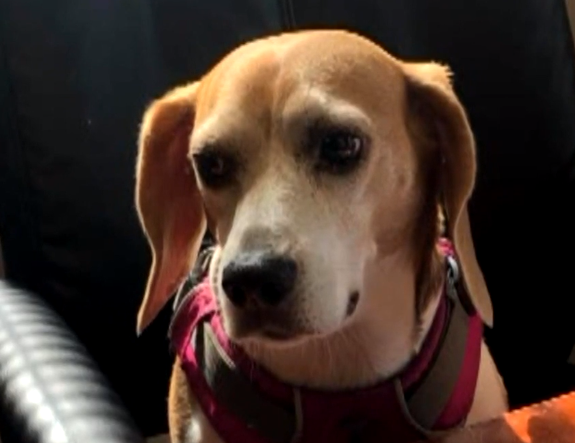 Layla, an eight-year-old beagle, was beaten to death in December 2017 by Richard Schunke, a Navy Sailor. Schunke pleaded guilty to a felony animal cruelty charge, but he did not have to go to jail because of a plea agreement.

Layla belonged to Schunke's wife, Laura Jahn, who is angry and dismayed that he has received a mere slap on the wrist for brutally beating her dog to death.

We are collecting signatures because we want Richard Schunke to be stripped of his Navy rank. His abysmal act deserves serious repercussions! 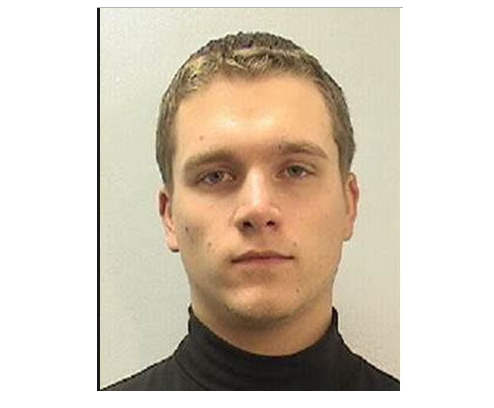 Richard Schunke was home alone with Layla on the day that he brutally beat her. According to reports, the eight-year-old beagle died from excessive trauma and she had multiple bruises over most of her body. Despite the severity of her injuries, Schunke has received a mere slap on the wrist. 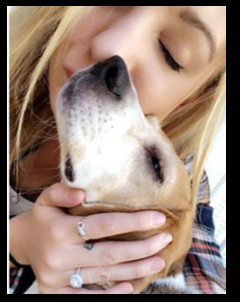 His actions reveal a severe lack of moral character. Something confirmed by the woman who was married to him. Jahn tells Animal Victory that she suffered emotional abuse from Schunke and that her "heart shattered" when she learned that Layla had been killed, adding, "I could not believe that my best friend was taken from me in the most cruel way."

Jahn wants this man stripped of his Navy rank, and we want our signatures to help make that possible! Please sign (and comment) the petition - we want justice for Layla!

Please note: Jahn moved out and filed for divorce immediately after Schunke killed her dog.

It was confirmed on Friday, May 8th, that Richard Schunke has been separated from the US Navy.

"I was confirmed on Friday, May 8th, that Richard Schunke has been separated from the US Navy. I wanted to take a moment to personally thank all those who signed and commented on the petition for Layla, who passed from excessive trauma on December 10th, 2017 while under Richard Schunke’s care while I was at work. I especially want to thank Animal Victory for following Layla’s case and being an amazing support until the very end. Without the help of Animal Victory and those who participated in the petition, Layla would not have received the justice she deserves. Together, we can use our voices to stop animal abuse and help bring faith back to the people who had their animals abused."

Update! On May 8, 2020, we learned that Schunke has separated from the Navy. We thank you for your support in this important cruelty case, and for giving Layla a voice. Animal Victory’s mission is complete with this information and we are closing out this petition.

Marlene Foschi signed Strip Rank From Navy Sailor Who Beat Wife's Beagle To Death 2020-05-16 12:06:29 -0400
This person is a nutjob hiding behind American Defense Team. What is this bastard capable of doing to the next victim.

Carole Donagher signed Strip Rank From Navy Sailor Who Beat Wife's Beagle To Death 2020-04-11 07:55:16 -0400
This sub-human deserves a lot worse punishment than stripping him of his rank, but that would be a start. Disgraceful. Abhorrent. Horrible cruelty.

Harold and Georgi Mortensen signed Strip Rank From Navy Sailor Who Beat Wife's Beagle To Death 2020-04-02 13:24:45 -0400
This deplorable sailor does not deserve any kind of rank for this appalling treatment of an innocent animal! He should be shot…

Carol Decker signed Strip Rank From Navy Sailor Who Beat Wife's Beagle To Death 2020-03-31 22:39:33 -0400
This is unacceptable and barbaric! He should lose his rank and go to jail! This poor dog went through hell and no dog should have to be beaten to death because he got mad at him. Then to make things worse, he got a slap on the wrist! This has to change now!