Someone Fatally Stabbed Duct-Tape Bound Cat With A Screwdriver 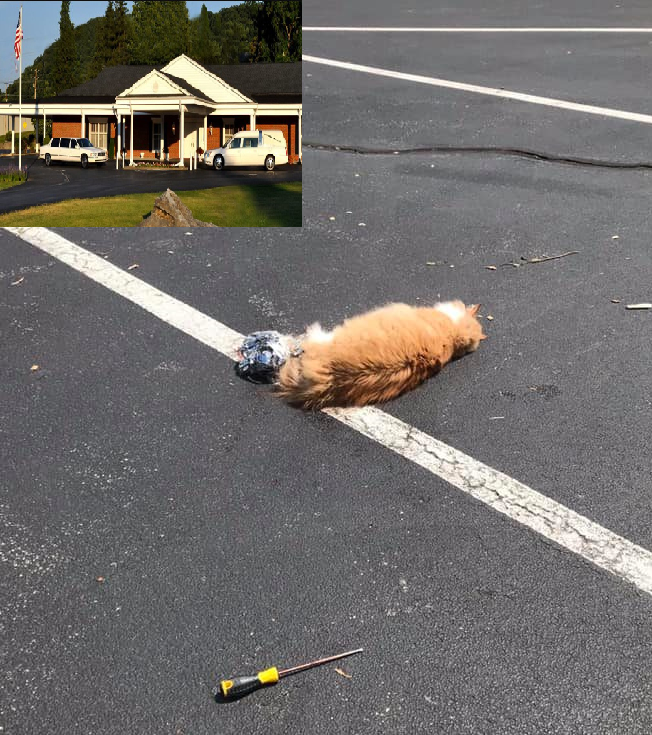 An innocent cat suffered a horrific death in Johnson City, Tennessee. On Sunday, April 18, the orange and white cat was discovered in the parking lot of a funeral home - the cat's back legs were bound in duct tape and a bloodied screwdriver was found nearby.

Please sign the petition today! The monster who committed this horrific act of cruelty must be located, arrested and prosecuted to the fullest extent of the law. 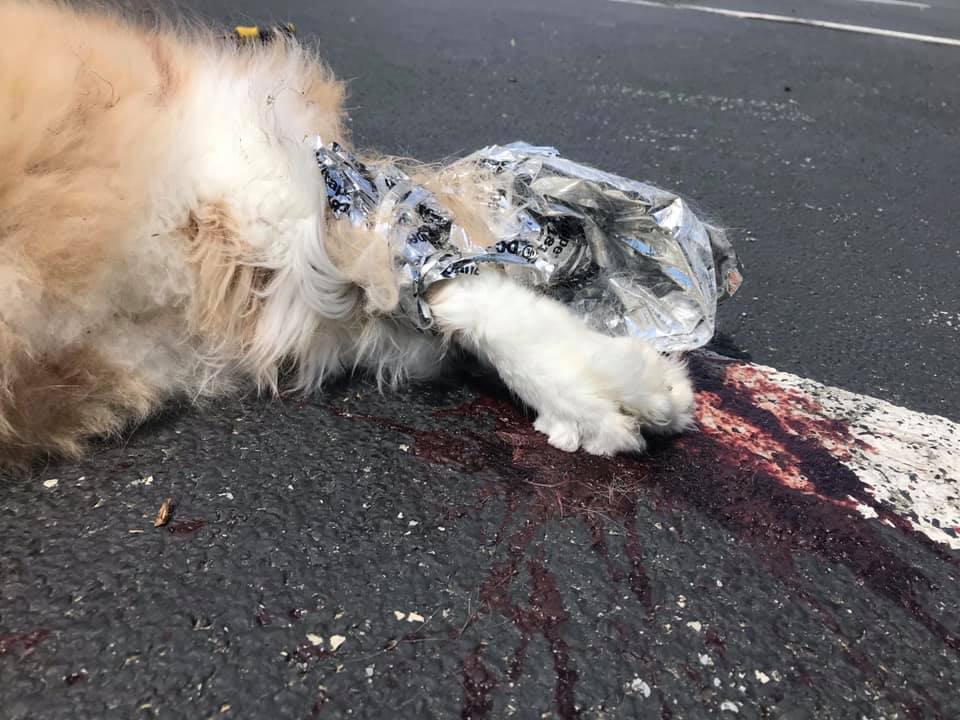 The Johnson City Police Department and the WCJC Animal Control Department are investigating the torture and death of a cat found today in a local funeral home parking lot. The cat’s rear legs were bound by duct tape, it had obvious head trauma and a bloody screwdriver was found near the body.

Details: The deceased cat was discovered outside of Appalachian Funeral Home on East Watauga Avenue. The cat has "obvious" trauma to the head.

What kind of monster could commit this crime?! Whoever is responsible MUST be found, arrested, and held fully accountable for this despicable act of cruelty. The purpose of this petition is to raise awareness of this incident to help find the responsible individual(s) and to have signatures on hand for the prosecutor when an arrest is made.

Animal Victory is offering a $500 reward for information that leads to the identification, arrest, and conviction of the person(s) responsible.

Update 6/15/2021: Animal Victory spoke with Officer Justin Henard today. He informed us that they are still working on the case and awaiting results from the crime scene. If sufficient evidence is found, a warrant can be issued for an arrest. If this happens, there will be a press conference. Animal Victory will continue to follow this case for updates. 15,772 signatures and comments were sent to Officer Justin Henard at the Police Department.

Update 5/7/2021: Animal Victory has been in contact with the local authorities and to date, there has been no arrest. We have learned that PETA is offering a $5,000 reward for information leading to an arrest/conviction in this cruelty case in addition to Animal Victory's $500.00 reward.

Robin Crowder signed Someone Fatally Stabbed Duct-Tape Bound Cat With A Screwdriver 2021-07-14 10:20:46 -0400
Compassionate care is something we humans, as a race, should take ownership of and hand down by generations.


All creatures deserve to live without their fate decided by the cruelty greed or ignorance of man.


Ignoring animal abuse enables and furthers the general lack of empathy we are seeing in our society and is contributing to horrible actions and crimes against all sorts of life forms – including humans.


We can’t stand back as a society and turn a blind eye to cruelty. Evolution through civilization moves us together as a global community, and protects all, animal and human.

Leo Mendez signed Someone Fatally Stabbed Duct-Tape Bound Cat With A Screwdriver 2021-07-12 17:12:14 -0400
Find this horrible sick bastard and throw him in jail! Stab this criminal with a screw driver and let him bleed to death in jail and fine him 10,000 for animal cruelty! KEEP THIS SICK MENTALLY DERANGED PERSON IN JAIL!!

Marie Boteilho signed Someone Fatally Stabbed Duct-Tape Bound Cat With A Screwdriver 2021-07-12 17:09:35 -0400
FIND THIS SICK LOW LIFE PUNK WHO DID THIS TO AN INNOCENT CAT!! PUNISH AND HIS ASS IN JAIL CHARGE HIM WITH ANIMAL CRUELTY AND KEEP IN JAIL FOR 10 YEARS WITH A HEFTY FINE! ISN’T THERE SECURITY CAMERAS???