Sign: Man Killed His Dog Because She Didn't Hunt Well Enough - Send Him To Jail 4796 PEOPLE SIGNED THIS PETITION 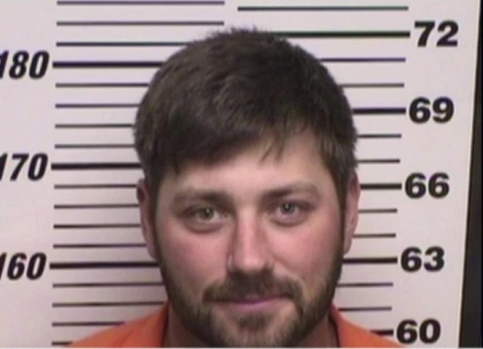 In January 2019, a man repeatedly shot his three-year-old Labrador retriever, Gypsy, because she wasn't retrieving birds to his liking. The dog was so grievously injured that another man, hunting with Gypsy's owner, was forced to end her misery.

Dustin Coker has been charged with felony animal cruelty and he has pleaded "no contest." Please sign this petition letting Judge Lisa b. Riley know that Coker needs to be punished to the fullest extent of the law. This man does not deserve probation or a deferred sentence - he needs to be put behind bars! Update 10/4/19: Success!! Judge Lisa B. Riley did not allow Dustin Coker's record to be cleared - he is now a convicted felon! And, he is prohibited from possessing firearms and ammunition! Thank you all for your support.

Gypsy's life was cruelly stolen from her by the man that she loved, 29-year-old Dustin Coker. While hunting in Carlsbad, New Mexico, Coker became angry when Gypsy failed to retrieve several ducks that he had shot. Coker repeatedly shot his faithful dog, causing her intestines to fall out. Seeing her suffering, Coker's hunting partner, Bailey Perez, humanely ended her agony.

Officials did what was right, and charged Dustin Coker with a felony charge of extreme cruelty to animals, a charge which he recently pleaded no contest to. In early October, Coker will be sentenced for this heinous crime.

Please join us in being Gypsy's voice and sign this petition asking Judge Lisa b. Riley to put Dustin Coker behind bars for the maximum amount of time. Additionally, we ask that Dustin Coker be prevented from owning any animals ever again.

Janet Byle signed Sign: Man Killed His Dog Because She Didn't Hunt Well Enough - Send Him To Jail 2019-09-16 21:21:30 -0400
No punishment is too severe for this despicable man. Set an example so this kind of cruelty to loving, trusting animals will end.

Patricia McWilliams signed Sign: Man Killed His Dog Because She Didn't Hunt Well Enough - Send Him To Jail 2019-09-16 16:14:59 -0400
Justice for this innocent dog. Loyal and kind unlike this piece of garbage Coker. Sentence this piece of crap and let him meet his match behind bars that will teach him a lesson.

Lillian Mungioli signed Sign: Man Killed His Dog Because She Didn't Hunt Well Enough - Send Him To Jail 2019-09-16 13:33:15 -0400
This sh must spend a good amount of time in jail just to make him realize his control and anger management to kill a dog that loved him. Judge should not give him a slap on the wrist. Make him suffer just as his poor dog did.

Sue Erbe signed Sign: Man Killed His Dog Because She Didn't Hunt Well Enough - Send Him To Jail 2019-09-16 13:13:23 -0400
Anyone who abuses an animal is not a human being, but a monster. Get this person off the streets of society which will keep humans and animals safe.