Sign: Justice For Teddy Bear, Dog Stabbed To Death By Neighbor 8313 PEOPLE HAVE SIGNED THIS PETITION 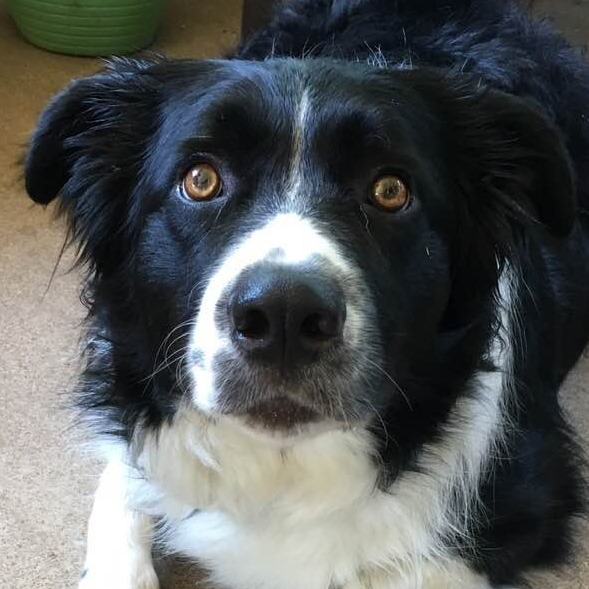 On Saturday, Sept. 7, a border collie named Teddy Bear was brutally stabbed in Crestwood, Missouri, by a man named John Ross III. Ross inflicted injuries which were so devastating that Teddy Bear had to be humanely euthanized.

Please join us in asking the St. Louis County prosecuting attorney's office to charge Ross to the fullest extent of the law for this crime. Additionally, we ask for Ross to receive the maximum sentence for his charges.

We will also be collecting signatures to present to state officials in Missouri asking for a change to the existing law which allows the first offense killing of a dog to result in just a misdemeanor. We want to see a felony charge for first time offenders!

Update 9/13/2019: 8313 signatures along with this Petition in Support of House Bill 44 to make animal abuse a class E felony has been sent to the Missouri House of Representatives.

Update 9/11/19: 8313 signatures along with this petition, asking for Ross to be punished to the fullest extent of the law for this crime, has been sent to officials in St. Louis County. We will update this petition again when we have more information.  Thank you for signing!

Teddy Bear was stabbed by 60-year-old John Ross III. Ross told the police two different stories about what happened - initially claiming that Teddy Bear bit him on the hand while he was standing near his van, and then changing his story, stating that he chased Teddy Bear into his backyard before stabbing him (more at KSDK News). In the police report, officers noted that the abrasions on Ross' hand did not appear to be from a dog bite.

In a post on social media, Teddy Bear's owner recounted the incident:

"He was playing in the backyard and went into the neighbors property (there’s no fence)... for reasons I will never understand, the neighbor moved forward on my dog, grabbed him by the scuff and threw him to the ground and stabbed him in his jugular while he was looking back at us with a evil look. Teddy was then subjected to at least seven stab wounds. Amazingly he responded to my call to come with his tail wagging, and happily got into my car to go bye-bye to the hospital. After arriving at the hospital, it was obvious his wounds were too severe and he had lost too much blood. It was then that we made the heartbreaking decision to put him down and out of his pain."

The Crestwood Police Department has stated that Ross chased Teddy Bear down to stab him - Officer Boyd Hoffmeister stated, "The two owners’ accounts and the account of the suspect were all the same — that he actually went after the dog and stabbed it."

Ross has been arrested and he is facing an animal cruelty charge, as well as a charge for unlawful use of a weapon.

Please sign this petition asking for Ross to be given the maximum sentence for this crime. Your signatures will also be presented to state officials as we ask for the intentional killing of a dog to be considered a felony on the first offense.

Donald White signed Sign: Justice For Teddy Bear, Dog Stabbed To Death By Neighbor 2019-09-11 04:15:39 -0400
This guy is a sick and dangerous individual. He’s even smiling in his mug shot and has no remorse. Please make his punishment to the fullest degree of the law. Imagine if it was your dog.