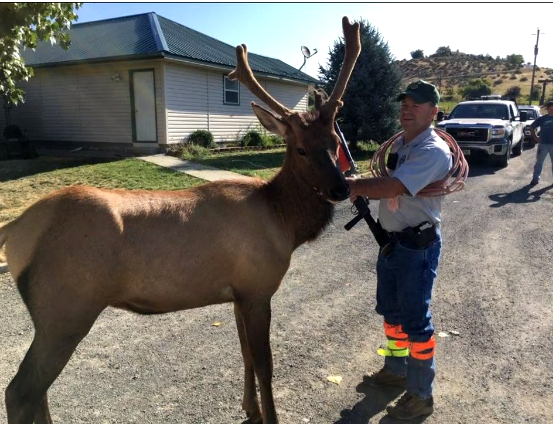 Elliot the elk called the town of Sweet, Idaho, home for years. Residents were enamored with his friendly, "dog-like" personality. But Elliot is now in danger because Fish and Wildlife officials decided to relocate the young bull to a hunting area...the day before archery season opened!

Please sign this petition asking Idaho Fish and Wildlife officials to get Elliot out of this area before he is killed. Elliot has no fear of humans and he is in grave danger.

Update! After fish and wildlife officials realized that Elliot was too habituated to humans, they captured him once again. Officials plan to relocate him to an accredited wildlife facility to live out the remainder of his life in captivity. Officials remind the public not to remove wild animals from their natural habitat. This particular elk was raised by someone who found him as a baby and assumed that he was abandoned.

Of special note - hunters in the area where Elliot was released took turns watching over him until he was recaptured by Fish and Wildlife officials. Photos of him hanging out in camp with hunters have been shared on social media. One hunter wrote:

"As hunters we all have a responsibility of Ethics in Hunting and Fair Chase. I will tell you all of the hunters around us showed this by making sure that Elliott stayed safe during the opening of the archery season. He bedded down in our camp each day and night." He added, "This was quite the experience this weekend and we are dang glad he is safe." 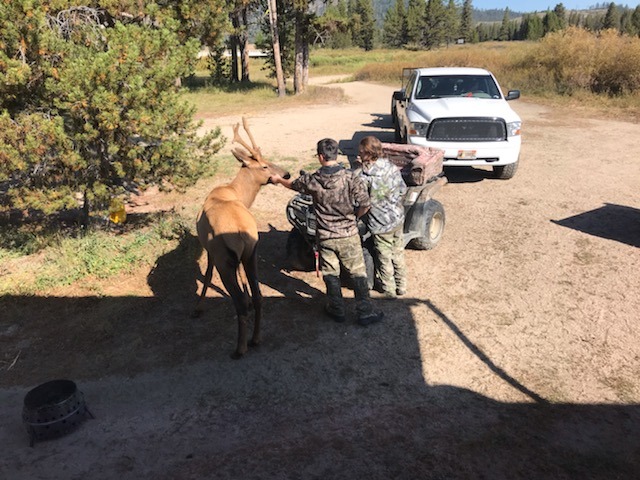 Fish and Wildlife officials claim that they had few options for Elliot - but the one option that they did decide on was to move him to a hunting area, the day before archery season starts. Thousands of hunters are expected in the area and this friendly, young elk will like walk right up to a hunter, only to be killed.

This young elk is so well-known that there are currently HUNTERS who are trying to keep him safe. But it will not be long before someone unaware of his personality will end is young life.

Please join us in asking officials to move Elliot out of this area before he is killed.

Hayley Brock signed Sign: Fish And Wildlife Officials Move Friendly Elk Out Of Hunting Area 2019-09-09 11:34:08 -0400
This poor elk is friendly and does not deserve to be betrayed by being hunted and killed. He should be moved to a safe area.

Christina Uhlir signed Sign: Fish And Wildlife Officials Move Friendly Elk Out Of Hunting Area 2019-09-06 20:22:28 -0400
Oh, those hunters they are such a “fine humane people”. Hell no, those wild animals these, despicable cowards kill are as innocent as the tame elk is. – “Evil is always human.” – E. Whitlock

Indeed, he is, no other species tortures and murders sentient beings for pleasure. So sorry, Karma is too slow.
Barbara Greenwood signed Sign: Fish And Wildlife Officials Move Friendly Elk Out Of Hunting Area 2019-09-06 19:42:18 -0400
Barbara Greenwood

Patricia Julien signed Sign: Fish And Wildlife Officials Move Friendly Elk Out Of Hunting Area 2019-09-05 22:00:01 -0400
Because Elliott is so tame it is imperative that he be moved to a safe haven to be safe.

Cheryl Csuray signed Sign: Fish And Wildlife Officials Move Friendly Elk Out Of Hunting Area 2019-09-05 10:33:02 -0400
Please save this beautiful trusting spirit. Don’t let his love for humans get him killed.