Seattle Man Robbed And His Dog Killed During Their Daily Walk-Man Says Dog Is All He Had. 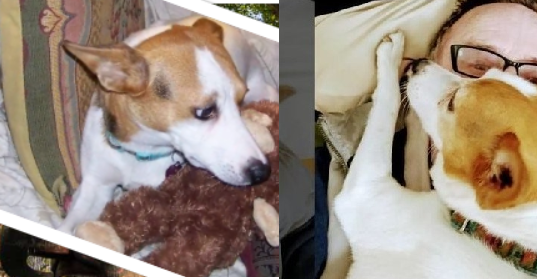 A senior dog named Alice was fatally kicked on May 31 by a 29-year-old man named Courtney Williams. The cruel and deadly incident happened in Seattle, Washington's, Pioneer Square neighborhood after Williams demanded that Alice's owner give him his coat. When the man refused, Williams kicked Alice so hard that she flew into the air and died moments later in her owner's arms.

This is a sickening act of cruelty that must not go unpunished! Courtney Williams is charged with first-degree animal cruelty and first-degree attempted theft, and he must receive the maximum punishment for each charge. Please add your name to the petition as we push court officials to throw the book at this man.

14-year-old Alice belonged to John Hickey, who is devastated over the loss of his beloved companion. Hickey had been on his daily walk with Alice when Courtney Williams approached them and aggressively demanded Hickey's coat. Fearing for his safety, Hickey pulled out pepper spray and tried to fend off Williams.

For a brief time, it seemed that the pepper spray had worked, but those moments of peace were shattered when Williams ran towards the pair and forcefully kicked Alice into the air. Moments later, Alice died in her owner's arms. Hickey described the excruciating last moments of his dog's life:

"She thought everybody liked her and she was just proud of that. And the most horrible thing, when she died she gave me a look, just was like she was confused that anyone would do something like that to her."

The elderly Jack Russell terrier lost her life in this senseless attack, and her owner was injured as well; he is now in a wheelchair. His physical pain pales in comparison to his heartache from losing Alice.

"She got me through days when I literally don't think I would've gotten up in the morning. Except I knew she needed me and she knew that I needed her."

What Courtney Williams did to Alice is unconscionable! We need as many signatures as possible to show the judge that this appalling case of animal cruelty deserves the maximum sentence. This man is a danger to society and must be put away!

The court is scheduled for June 17.

Sandra Bell signed Seattle Man Robbed And His Dog Killed During Their Daily Walk-Man Says Dog Is All He Had. 2021-06-20 00:57:44 -0400
Courtney Williams, the psychopath, truly needs some very harsh consequences for his horrendous crime. He should lose his right to walk among civil society. I urge the maximum fine, the maximum jail time and any other punishment possible to give him. He is a monster.

Kathy Raggio signed Seattle Man Robbed And His Dog Killed During Their Daily Walk-Man Says Dog Is All He Had. via Kathy Raggio 2021-06-19 21:25:23 -0400
Mr Williams must go to jail for at least 3 years to learn right from wrong. I would also fine him $10,000. Animal cruelty must stop. All this pain for a coat, Mr Williams should have gotten a job.

Renee Yoder signed Seattle Man Robbed And His Dog Killed During Their Daily Walk-Man Says Dog Is All He Had. 2021-06-19 09:40:07 -0400
This punk needs to be dropped off on a desserted island with no food water shelter or means of escape and left to rot to death😠😠😡😡😖😖