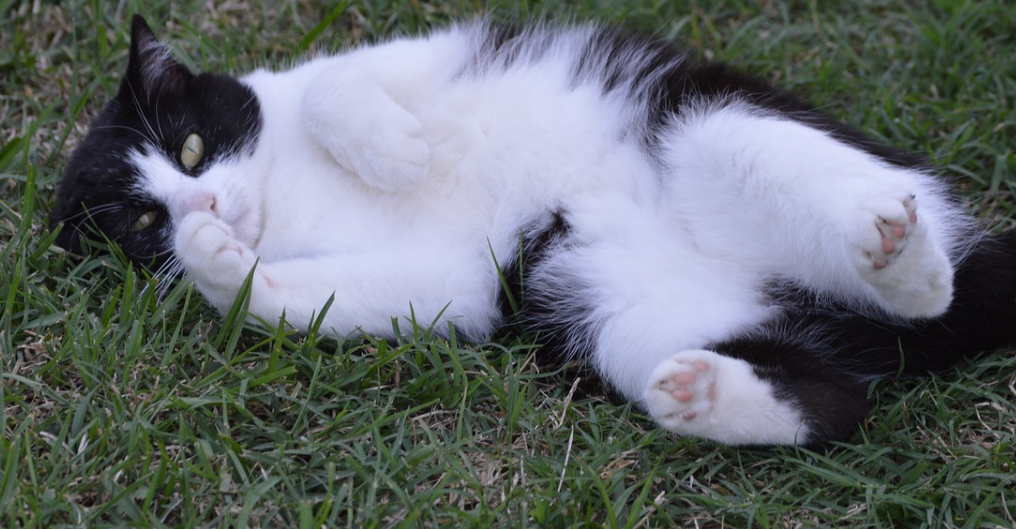 A beloved cat in a Brooklyn New York neighborhood suffered a horrific death after a sadistic couple encouraged their two dogs to attack him. The cat, dubbed Tuxedo, was part of a feral cat colony that lived at NYCHA’s Breukelen Houses - the cat was a favorite of Latonya “Sassee” Walker's. Walker has been feeding cats at the complex for a decade, and she was devastated when Tuxedo was brutally killed. She told the New York Post, "When it first happened, I wanted to die, I couldn’t even get out of the bed for three days."

According to a witness, a couple encouraged their two pit bulls to attack Tuxedo. The dogs ripped the friendly cat apart, causing fatal injuries. The New York Police Department is dragging their feet to make arrests and we want to show them that Tuxedo's life mattered! Please sign the petition today to let the authorities know that this animal cruelty case MUST be fully investigated and the couple must be charged! 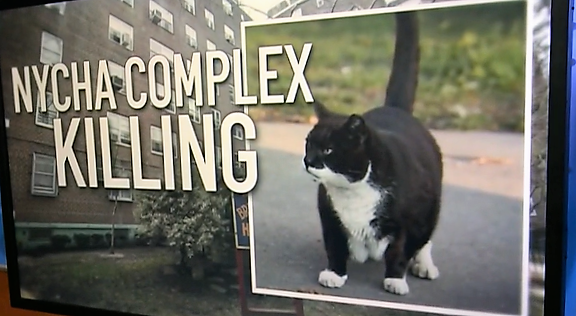 A man who bore witness to Tuxedo's killing said that the beloved cat briefly got away from the dogs, but the cruel people ensured that he would die a brutal death. Latonya Walker described what Raymond Morales, a witness, told her about the devastating mauling, "(Tuxedo) got away and they put a chair there and a stick and they banged him down the tree. They made him come down the tree so their pit bull could maul him to death. Now what kind of insanity, what kind of evil, sadistic person would come and do that?"

Though the police have been informed about the incident, they seem to be dragging their feet to make an arrest. Area residents are concerned that it could happen again. Alexis Cagino tells NBC News, "This man weaponized a dog with all intent to kill an animal, which is a crime, and I don't know why nothing is being done about it. Nobody like that should own a dog (or) should have the right to own an animal."

The police are aware of what happened, but nobody has been arrested. Animal Victory is offering a $1,000 reward for information leading to the arrest and conviction of the people involved in Tuxedo's death. These people must be identified and charged for their abhorrent behavior. 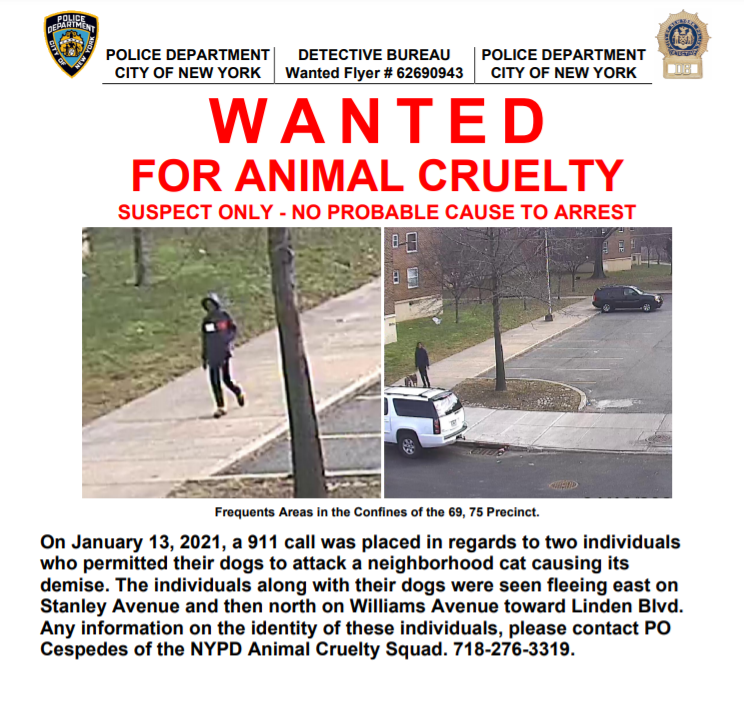 Update 07/09/2021: Animal Victory spoke with a court official who let us know that Fulton Gordon failed to show up to court and that he now has a current summons charge and criminal charge. Right now, the case goes back to arrest needed/active warrant.

Update 6/28/2021: Animal Victory has learned that an attorney has still not been assigned to this case, and there is a possibility that there won't be one assigned because it is only a misdemeanor charge. We will continue to follow this case closely.

Update 02/09/2021: Breaking news! A man has been arrested for this sick act of cruelty. The man who allegedly encouraged his dogs to maul and kill Tuxedo is identified as 28-year-old Fulton Gordon. According to the NYPD, Gordan is charged with torturing, injuring or not feeding an animal, a misdemeanor crime. His arraignment is set for a future date (as yet, unknown). Animal Victory will be pushing for a felony charge.

Update 02/08/2021: Animal Victory has sent over 22,200  signatures and comments along with our letter of intent to the following authorities.  Flyers with the reward funds will be posted throughout the neighborhood by the end of this week.

Update 02/04/2021: Animal Victory has sent close to 17,000 signatures and comments along with our letter of intent to the following authorities or representatives. Please click on the name to read each letter.

Animal Victory in the news

Update 02/04/2021: Gabrielle Fonrouge, with the New York Post, has publicized this petition today to help get signatures to push the police for an investigation. Cat killed in NYC sparks global movement for police probe (nypost.com)   Please feel free to email Gabrielle to thank her for her wonderful journalism! [email protected] 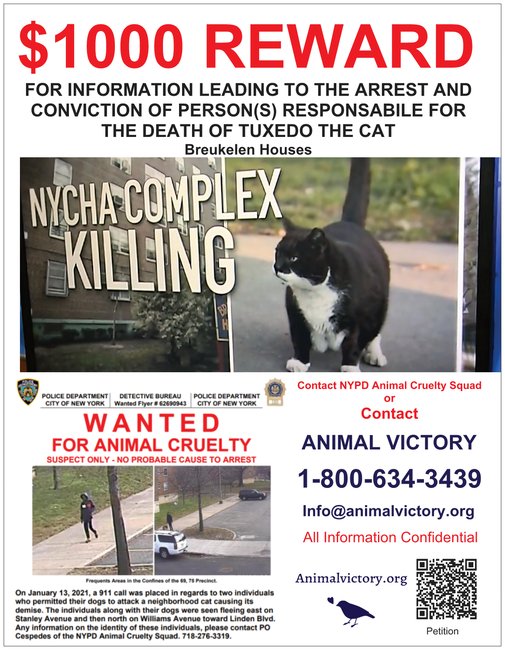 Randall Ralicki signed Sadistic Couple Encouraged Dogs To Kill Beloved Neighborhood Cat via Janelle Babington 2021-07-13 00:28:45 -0400
If they can do this harm to a beloved Cat without remorse just imagine the cruelty they could inflict on a child or another person.

Cynthia Hadt signed Sadistic Couple Encouraged Dogs To Kill Beloved Neighborhood Cat via Janelle Babington 2021-07-07 15:18:10 -0400
Wake up!! This man must be punished and his animals taken. He will not stop with killing a cat. At some point he will be going after humans.

Kimberly Shannon signed Sadistic Couple Encouraged Dogs To Kill Beloved Neighborhood Cat via Janelle Babington 2021-06-29 23:27:38 -0400
They need to be punished to the fullest extent of law. THIS WAS MURDER.DONT LET TUXEDOS DEATH BE UNPUNISHED.