Punish Woman Who Starved Dog To The Brink Of Death 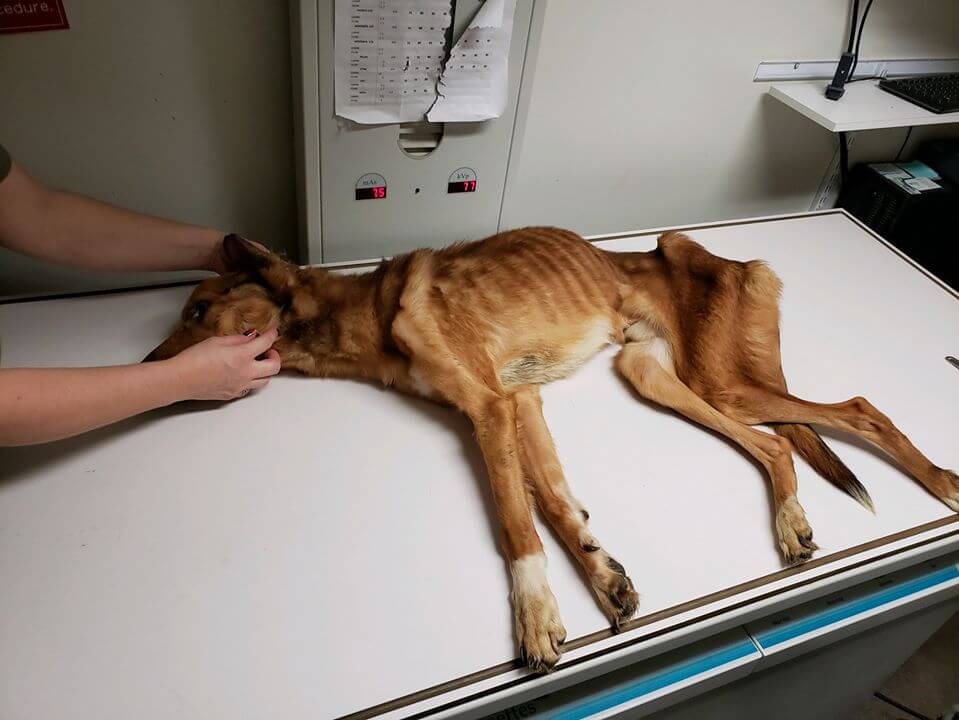 On November 1, a dog, starved to the very brink of death, was found and brought to Wisconsin's Dunn County Humane Society. The skeletal dog, dubbed Gabriel, has been steadily putting on weight thanks to the care that he is receiving at the animal welfare agency.

The authorities immediately instigated an investigation to find out who was responsible for Gabriel's dismal condition, and on November 11, a press release from the animal shelter and the Boyceville Police Department notified those following the case that an arrest had been made.

The person identified as being responsible for Gabriel's pitiful condition is 29-year-old Anne Marie Iehl - the woman who claimed to have found Gabriel as a stray, but who was, in fact, the person who was determined to be the emaciated dog's owner. Iehl is facing charges for not providing food and drink to an animal and intentional mistreatment of an animal resulting in disfigurement, which is a felony.

Please join us in asking for the Dunn County Prosecutor to push for jail time for this woman. Gabriel nearly died under Iehl's "care" and she must pay for the suffering that she subjected him to! 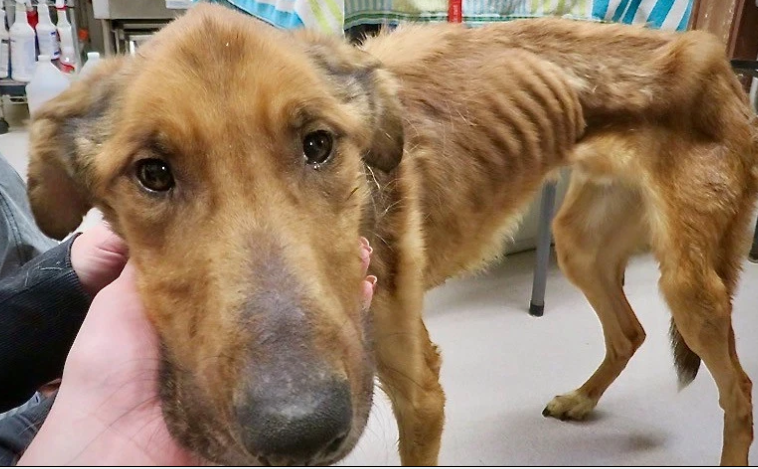 When Gabriel was first found, he was merely skin and bones - his body was completely wasted and he was too weak to stand. It goes without saying that he suffered for a long period of time. Iehl claims that she provided this dog with daily care, but Gabriel's body tells a different story.

He was near death when he was taken in at the animal shelter - and in the short period of time that he has been under their care, he has been steadily gaining weight and getting stronger. With Iehl, he was obviously denied the very most basic of care that he needed and nearly died as a result.

Your signatures will be presented to the Dunn County Prosecuting Attorney. We don't want this woman to get a plea deal - we want her to be sentenced to significant jail time!

Update 6/1/2021: Animal Victory is thrilled to learn that a jury found the defendant guilty of all charges. Sentencing has been scheduled for July 27. We will keep you posted. Thank you to everyone who has signed the petition!

Peggy Lorden signed Punish Woman Who Starved Dog To The Brink Of Death 2020-11-10 16:07:15 -0500
We allow harm to come to ALL-human and animal-who are younger, smaller, or weaker than this person if we turn a blind eye to such psychopathy in treating other living creatures this way. The way this person’s mind works is cruel and dangerous to all who cannot defend themselves. The cries and protests of the animal did not move this person to cease this behavior, can we have any doubt we are dealing with a level of psychopathy? We do not know how they have treated humans younger, smaller, or weaker than themselves in the years of their life but this statistically is a good indicator. This person’s cruelty cannot be allowed to carry on or we are a cruel, and barbaric, people ourselves. Let the full measure of the law be carried out for this person and also make certain they never have the chance to harm another who would look to them for care.