Join us in asking officials in West Milford, New Jersey, to punish Tonya Fea for the death of an innocent 10-week-old golden retriever puppy who drowned in a cage! 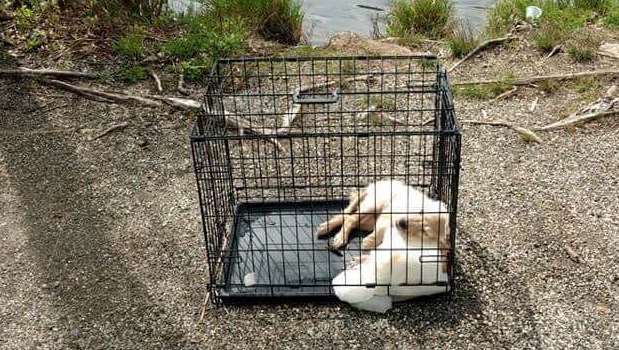 Tonya Fea is accused of putting a young golden retriever puppy, posthumously dubbed "Jenny," into a cage and submerging her in water. There is evidence showing that little Jenny was still alive when the cage was plunged into the water. Fea must be held accountable for this heinous act of cruelty! Please sign this petition asking officials to sentence Fea to the full extent of the law for this crime. Read more about this case at the Pet Rescue Report. 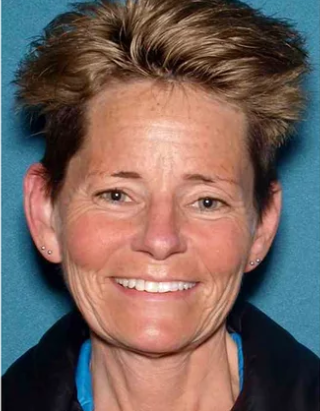 Update 5/25/2021: Animal Victory has learned that Tonya Fea has been offered a plea deal that would allow her to maintain custody of a pet who is currently in her care. Under the plea agreement, Fea would be put behind bars for a year, and forbidden from owning pets in the future. The plea deal also mandates mental health counseling and one year of community service. Fea is scheduled for court in July - if things are not resolved by that time, she will likely have a trial in the fall. Animal Victory is committed to pushing court officials to withdraw the offer allowing Fea to maintain custody of her dog as part of this plea deal! Please continue to sign.

UPDATE: 03/16/20 Tonya's court date was scheduled for tomorrow. That is no longer going to happen due to COVID-19.

Update 03/03/2020:  Tonya Fea was indicted on a single charge of animal cruelty. According to Lori Comstock from the NJH Jefferson Herald's report today:

Tonya Fea was indicted on Feb. 20 with third-degree cruelty to animals.

Tonya was arrested on May 7, 2019, and charged in connection with the death of the female puppy, found on April 30, in a crate that authorities say had been submerged and weighed down with a glass ice bucket in a pond off Bonter Road in West Milford.

After her arrest, Tonya told authorities that she put the dog in the pond but said it was already dead, according to an affidavit from her arrest. But an autopsy showed the dog died of asphyxiation from water.

A volunteer with the rescue group The Last Resort Animal Rescue, found the puppy. The puppy was later memorialized with a name: Jenny.

Tonya appears in Passaic County Court on March 17 for her arraignment in front of Judge Justine Niccolla. She could go to jail for up to five years if convicted.

The Last Resort Animal Rescue will be at the courthouse on March 17th at 9:00 a.m.  You can read more about this group on their Facebook page and/or website using the links below.

A Grand Jury will hear the case against Tonya Fea - however, the court date is not publicly being released. We want as many signatures as possible to present to Chief Assistant Prosecutor Andrew Palestini! Fea must be sent to jail (for a significant amount of time) and all animals who are in her care must be removed.

This innocent puppy was caged and plunged into the water - a necropsy revealed that she was still alive when Fea sank her cage into the pond. This callous act of cruelty must be punished, and all animals must be removed from Fea's custody! Please Continue to Sign and Share!

Joycelyn Pulliam signed Punish Woman Accused Of Drowning Caged Puppy 2021-07-29 01:23:33 -0400
THIS HORRIBLE WOMAN MUST BE PUNISH TO THE FULL EXTENT,SHE SHOULD NOT HAVE ANY ANIMALS,I KEEP THINKING OF THAT POOR DOG,COULD NOT DEFEND ITSELF.

Dorothy Fasack signed Punish Woman Accused Of Drowning Caged Puppy 2021-07-25 17:51:23 -0400
So hard to think about this monster woman. I have Goldens. This baby did not deserve such torture. Lets put this horrible woman away.

Julia Ruggiero signed Punish Woman Accused Of Drowning Caged Puppy 2021-07-23 11:45:27 -0400
This person needs to be sentenced for murdering innocent beings! we have to advocate for the beings that cant fight for themselves.