A senior, disabled dog named Zorra is dead and 19-year-old Jephthe Jean-Francois is reported to be the man who is responsible. The 13-year-old husky mix was inside of a Volvo which Jean-Francois allegedly stole on October 3.

Days later, the stolen vehicle was found at a towing company and Zorra's lifeless body was inside - the authorities believed that the partially paralyzed dog died from heatstroke while alone inside of the car.

Jean-Francois is facing multiple grand theft and burglary charges, as well as a charge of animal cruelty for Zorra's death. Please sign this petition - at sentencing, we want this man to be put behind bars for a significant period of time!

Zorra was inside of an air-conditioned Volvo on October 3 when the vehicle was stolen while the dog's owner, Wanda Ferrari, ran inside of an Oakland Park, Florida, store. A desperate search for the disabled senior dog ensued, but there would be no happily-ever-after for the dog who vanished when the car was stolen from the parking lot.

The authorities were notified on the night of October 7 that the stolen car was at a towing yard in Lauderdale Lakes - Zorra's body was found in the backseat. 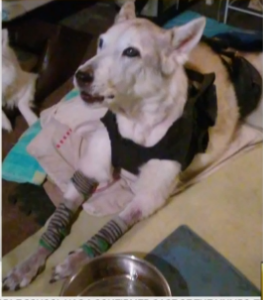 19-year-old Jephthe Jean-Francois was wearing an ankle monitor that placed him at the Dollar Tree parking lot on the day and time that the Volvo was stolen - a key to the stolen vehicle was also discovered in his possession. The prosecutor stated, "He allegedly broke into a car that had the victim's handicapped dog in the back seat. He stole the vehicle, he discarded the vehicle, leaving this dog stranded to its own devices, locked in the car. When the car was later found the dog was found unfortunately deceased, and what I can only imagine greatly suffered."

Jean-Francois is only 19 and he is already a career criminal; he was wearing the ankle monitor for another crime! It is also reported that he is in the United States illegally.

This man needs to be put away. There is no excuse for leaving Zorra to suffer and die inside of the car - it is truly a heartless crime.

Please sign this petition which will be presented to officials when Jean-Francois goes to trial. We want to see jail time, not a plea deal! 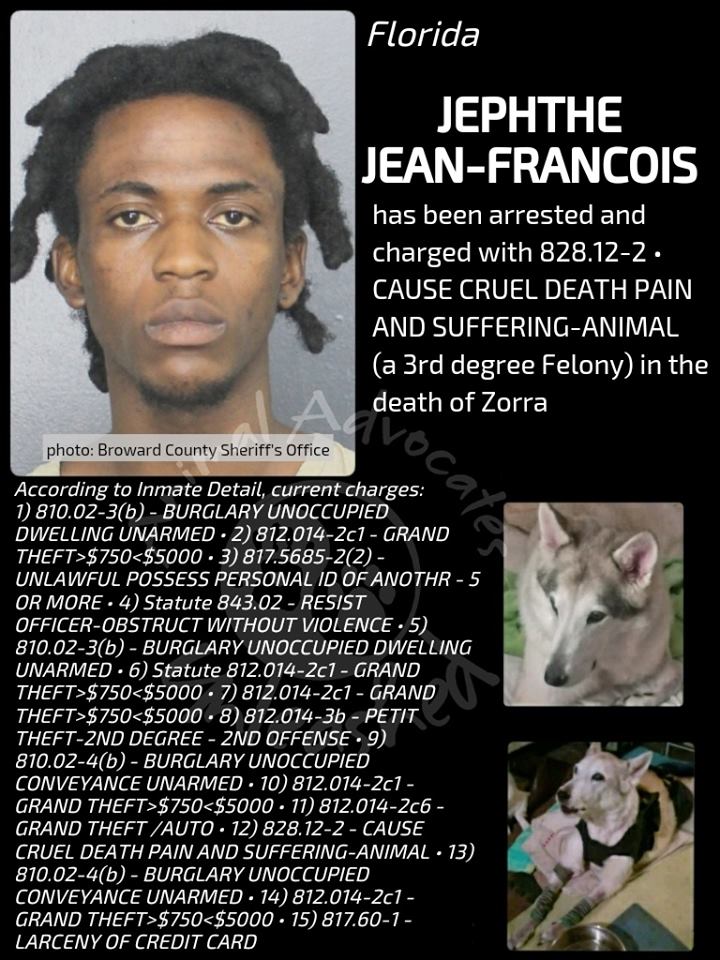 Update 7/20/2021: Animal Victory has learned that Jean-Francois is scheduled for court on October 8, 2021. If you haven't signed the petition yet, there is still time!

Update 11/11/2019:  2610 signatures and our letter was sent to the Broward County Assistant District Attorney Eric Linder

Ralph Borriello signed Punish Man Responsible For Disabled Dog's Death via Nicole Kocay 2021-08-04 21:46:39 -0400
This Scumbag should be charged accordingly and sent to jail