Punish Individuals Who Forced Dogs Into Bloody Fights To The Death 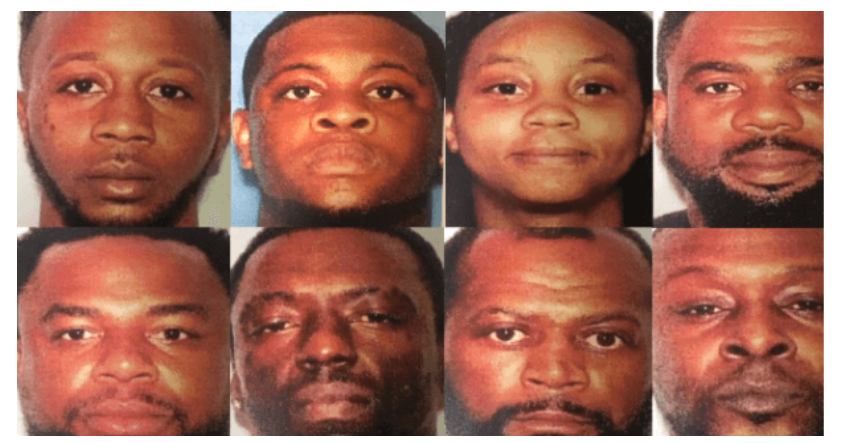 Logging chains, rape stands, treadmills and horrible, bloody fights to the death - this is the awful reality for dogs forced into organized dog fighting. After a lengthy investigation by the Organized Crime Drug Enforcement Task Force, eight individuals in Florida have been indicted on dogfighting charges. Please join us as we demand the maximum punishment for these cruel people! 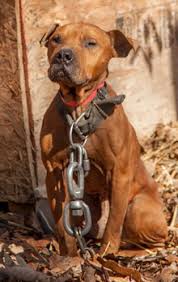 According to the U .S. Department of Justice, the individuals accused of participating in organized dog fighting are:

Approximately 100 dogs were seized during the dogfighting raid, they are in the possession of the United States Marshals Service.

Miles Davis, an acting special agent in charge at the U.S. Department of Agriculture, commented about the ties between organized dogfighting and other criminal activity:

"These ventures as proven by this investigation entail other criminal activity involving drugs, firearms, and gambling," he said. "This investigation, in particular, proves how intertwined illegal dogfighting ventures are with these other serious crimes."

An undercover video released this week shows the ugly, violent nature of dog fights - the video was obtained in a wooded area near Tallahassee. Eric Mountin, an assistant U.S. Attorney in the Northern District of Florida."It's not unusual for these things to go on for hours," Mountin added. "If you don’t see [it], you can’t fully appreciate the cruelty."

Everyone involved in this violent blood sport must be punished to the full extent of the law - please join us in asking for justice!

Update 3/26/2021: Animal Victory has been informed of the following updates:

All defendants, minus Safford and Howard, denied plea agreement, plea was changed, the agreement accepted, then cases sealed. Safford changed his plea, then filed for an appeal. Howard, plead guilty right away. All have Judge Walker, except Safford who is now in court of appeals. The sentencing dates have been rescheduled multiple times since mid 2020.

January 2021 - Eric K. Mountin, Assistant U.S. Attorney, sent the following email to Animal Victory on January 19: Ms. Babington, thank you for your message; all of the charged defendants in the case have pleaded guilty and are scheduled for sentencing hearings over the next several months, depending on any COVID limitations. We are still waiting for a court date.

Howard Dennis pleaded guilty to Title & Section Nature of  Offense Ended Count, 18 U.S.C. §§ 371 and 49, 7 U.S.C. § 2156(a)(1) and
7 U.S.C. § 2156(b) Conspiracy to Exhibit Dogs in an Animal Fighting Venture and to Possess, Train, Transport and Deliver Dogs for Animal Fighting
Ventures.  The defendant shall be placed on home detention with GPS location monitoring for six months of supervision. The location monitoring fee
will be paid for by the government. The defendant may leave the residence with the prior permission of the supervising officer for gainful
employment, education, medical care, religious services, or other similar purposes approved by the probation officer.

The six other defendants are set for trial in October and November.  The courts and prisons have no-contact/COVID orders that are delaying the trials.

As this is is still ongoing, Eric K. Mountin, the Assistant U.S. Attorney, has told Animal Victory to keep sending signatures. Please continue to sign and share.

We have been informed by the prosecuting attorney that the current trial date (February 3) was moved at request of the remaining (2) defendants.  The new date is April 27th.  Please continue to sign and share.

Our letter of intent to help influence the judge to impose the maximum sentence was sent to the prosecuting attorney along with over 10,500 signatures. Sentencing is set for February 3rd, 2020.

Update December 2019: The United States Attorney's Office for the Northern District of Florida issued a news release about this dog-fighting operation; it states:

A federal grand jury has returned a superseding indictment charging three
men – including a Federal Bureau of Prisons employee – with 51 counts of federal dogfighting
offenses. The charges stem from an investigation into drug trafficking and a large- scale illegal
dogfighting operation involving over 100 dogs. The superseding indictment was announced by Lawrence
Keefe, United States Attorney for the Northern District of Florida.

Most of the dogs used by the defendants were recovered by the United States Marshals Service and
have been placed with appropriate foster organizations.
The defendants named in this indictment are:

● Jermaine Terrell Hadley, 31, Quincy, Florida;
● Leonard Safford, 37, Gretna, Florida;
● Decarlise Chapman, 46, Marianna, Florida.
The superseding indictment adds Chapman, who is an employee of the Federal Bureau of Prisons, as a
defendant in the case. Hadley and Stafford, among several other individuals, were named in the June
4, 2019, indictment in this case, but the other defendants have entered guilty pleas and therefore
are not included the superseding indictment.

Dawn Gencarelli signed Punish Individuals Who Forced Dogs Into Bloody Fights To The Death 2021-06-01 23:14:30 -0400
I am outraged at the activities of these individuals. Animals can’t determine the way we do regarding fighting to the death, especially not for sport. And certainly don’t want to be raped anymore than we do. All of these individuals need to seriously pay for what they’ve done!

Donna Hinckley signed Punish Individuals Who Forced Dogs Into Bloody Fights To The Death 2021-04-23 11:06:30 -0400
never could understand this as a sport — put humans that were there in that situation and feel the pain and all.

Armella Feil signed Punish Individuals Who Forced Dogs Into Bloody Fights To The Death 2021-04-19 12:25:39 -0400
These are dangerous monsters and must be punished to the max and NEVER BE ALLOWED NEAR ANY ANIMAL EVER