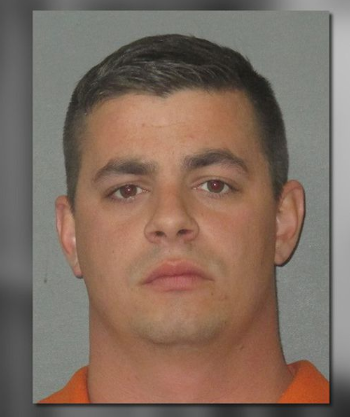 A former Louisiana State Fire Marshal Deputy is facing multiple charges after he allegedly starved his own K-9 partner to death. The agency has identified Robert Fain, a corporal in the Shreveport area, as the man responsible for the death of Maily, a Belgian malinois mix who died of neglectful malnourishment. 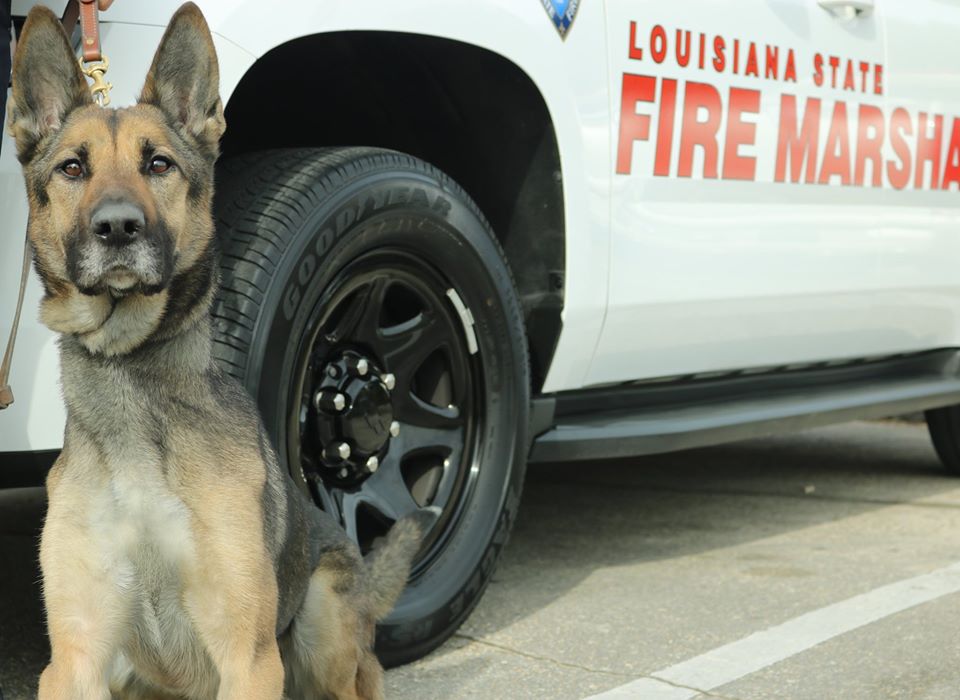 Maily died in October - her handler claimed that she had passed away because of a lengthy illness. But a necropsy on Maily's body revealed that she died of starvation.

"As a dog owner and former K-9 handler myself, these findings make me sick. We consider all of our K-9 officers part of our law enforcement family and treatment of these animals as anything less is unacceptable. Outright neglect and abuse like this will not be tolerated or excused. These actions alleged against Robert Fain are the actions of one individual and are not reflective of the dedication our handlers have to their K-9 partners nor of our agency’s commitment to public safety and abating arson.”

Maily relied on Fain, her partner, to care for her but he betrayed her in the worst possible fashion. Now the former deputy is facing multiple charges including: one count each of Aggravated Cruelty to Animals and Malfeasance in Office as well as six counts of 1st Degree Injuring Public Records and four counts each of Theft and Payroll Fraud.

Please join us in asking for Fain to receive the maximum punishment for his ALL of his charges - a plea deal is not acceptable! Maily deserves justice!

Update 2/17/2021: Ashley Rodrigue, the State Fire Marshal's public affairs director, has thanked Animal Victory for staying on top of this important case and she has assured us that they want to see the same just that we do. The next court date is scheduled for March 9, 2021.

Ssharon Humphrey signed Punish Former Deputy Fire Marshal Who Starved K9 Partner To Death 2021-02-27 12:22:46 -0500
I petition for the maximum penalty and jail time, against ALL persons involved in the act of physical abuse , psychological abuse and neglectful abuse of any and all animals Including, but not limited to, the act of viewing & discarding of said animals, Neglect and abuse shall also include “puppy mills” and “hoarding” facilities that confine animals for the purpose of breeding only and also restrict animal’s ability to move freely. Every life has value and depends upon humans for care and safety. Food and shelter and love. At NO time is it acceptable for an officer to STARVE his partner to death!!! Not only should he be charged with death of his partner, he should lose his job and unable to work in that career ever again, after all, he cannot be trusted with a life.


He willingly, & with malaise planned and carried out, and with no regard for the suffering of his partner, who trusted him and depended upon him STARVED his partner to DEATH!!! And he watched as he died, suffering every day.


This should be a CAREER BREAKER !!!!

Martha Eberle signed Punish Former Deputy Fire Marshal Who Starved K9 Partner To Death 2021-02-27 06:15:47 -0500
No punishment is too great for Fain. Starvation is a cruel death. JAIL for this inhumane human, and firing from his job, and NEVER let him have another animal under his control.

Margarita Cisne signed Punish Former Deputy Fire Marshal Who Starved K9 Partner To Death 2021-02-26 13:11:44 -0500
This man deserves to be punished for animal cruelty and betrayal of his badge.

Kamie Walrath signed Punish Former Deputy Fire Marshal Who Starved K9 Partner To Death via Rose McBride 2021-02-26 05:17:21 -0500
Absolutely disgusting! To do this to an innocent animal, I hope he pays for this, no excuse at all for animal abuse, Unbelievable! Don’t let me lose faith in humans. If your in a position of power change the laws and protect those who can’t speak for themself, I know you can! animals deserve so much more protection from abusers, cold weather laws restricting any animal outside chained with or without shelter, Yulin dog meat festival, breeders, puppy mills, protection for wild animals and humane living conditions for farm animals. Where is the power and why can’t you do it?