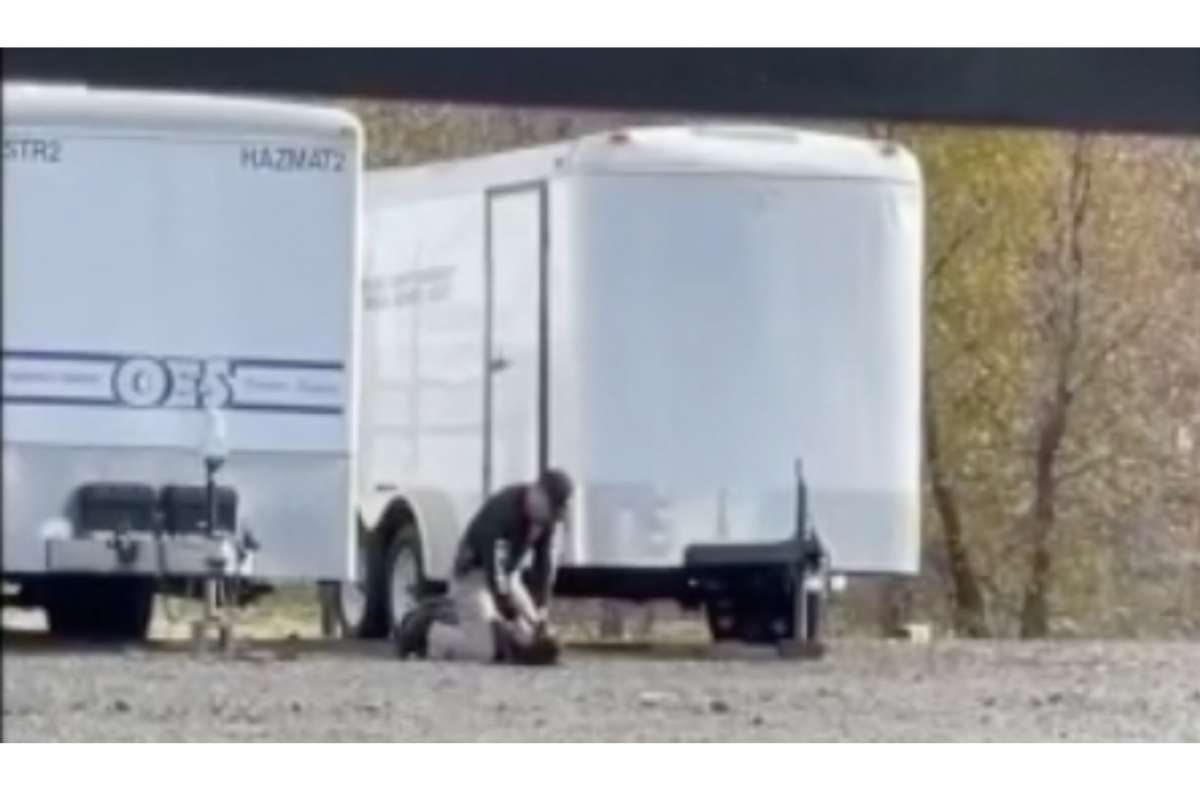 A Vacaville, California, police officer was caught on video repeatedly punching a K9. The disturbing situation was captured by Roberto Palomino, who posted the footage to Facebook on December 28, explaining what he saw:

"So it was more than clear this is not training, thanks for everyone concerned about it, so this is what happened:
Came to my warehouse to grab some tools, when I heard a dog crying, when I looked, the officer was punching the dog over and over and got shocked about it, only thing I could think was recording, I as soon as I did at the end of the video you can see he looks towards me, and I hide behind the door of my warehouse, as I kept picking, he was looking towards my doors, so I’m sure he saw me, he stopped beating the dog when he saw me and went behind those trailers in the video were I could see their legs only, I finish loading my truck and as I left I saw him getting to his K-9 unit and put some stuff on the trunk and I left."

Vacaville police Capt. Matt Lydon has seen the video and admits that it might be "alarming" to some people - but he explains that the dog was simply being corrected for trying to bite the handler.

Do you think this behavior is okay? We do not. We believe that this dog should be removed from the handler's care while the situation is investigated. Repeatedly punching a dog should never be okay - people who are not police officers face charges and jail time if they are caught doing the same thing. Please sign the petition today - we need to send the Vacaville Police Department a message that this behavior is not acceptable. 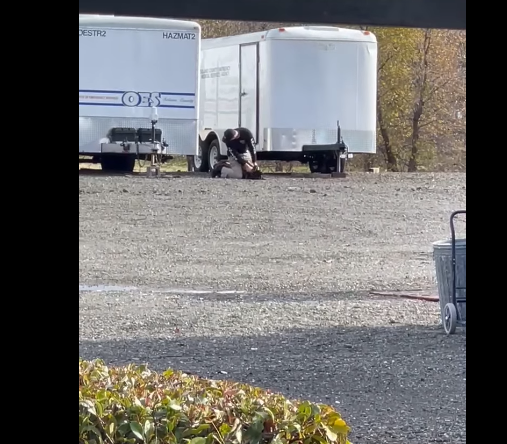 When Captain Matt Lydon was told that there were multiple punches that happened before the video started, he said that the department would conduct an investigation to see if the handler's actions were appropriate. Is punching a working K9 something that is taught to handlers? Correcting behavior is one thing, abuse is another.

We want to see a full investigation of this incident and during that time, this dog must be in someone else's care. And if this is the way that Vacaville police officers are being trained to handle their K9 partners, they need to learn a new, humane method for correcting unwanted behavior.

Please sign the petition today - your signatures (and comments) will be sent to the department along with our demand for a full investigation and removal of the dog from this handler's care.

Update February 11, 2021: Animal Victory has sent three letters with your signatures and comments. The authorities are releasing little information about this situation, but there is an investigation underway.

Update January 2021: The Vacaville Police Department has confirmed that that K9 was removed from this handler's care. The department is conducting a complete investigation into the situation. The K9 in the video has been examined by a veterinarian and no physical injuries were found. Animal Victory will keep you updated as the investigation continues.

sita costello signed Police Officer Caught On Video Repeatedly Punching K9 Partner 2021-06-03 13:17:15 -0400
If this is ‘approved’ training and behavioral correction, they should lose the privilege of K9 employ

Sarah Fairbanks-Perry signed Police Officer Caught On Video Repeatedly Punching K9 Partner 2021-04-04 19:03:27 -0400
This police officer should undoubtedly loose his job as a police officer and be charged to the highest degree of the law as if this was done to another fellow officer. This dog is in the service of the public and the police officer and the entire police force. This officer has a position that is held to a high degree of the law, especially since his entire job is to uphold the law. This cruelty needs to be punished and this officer should never be allowed to be around animals or own an animal ever again! He should also serve significant jail time, have a criminal record and pay huge fine. Nothing less of this is just or acceptable punishment.