Monster Smashed And Stomped Parakeet To Death In Pet Store 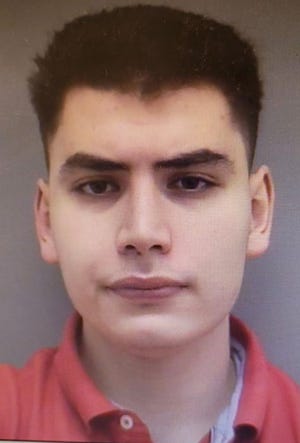 A 22-year-old Michigan man is facing a felony charge of animal cruelty for smashing and stomping on a parakeet inside of a pet store. Allen Park Police have charged Ali Chehade for the cruel incident which left his bird dead. Chehade, a college student, became irate when the pet store owner would not accept his injured bird for a refund.

This man took his anger out on an innocent bird - in front of other horrified shoppers. This is an appalling case of animal cruelty which must not go unpunished. We need your signature to help convince court officials that Ali Chehade deserves the maximum punishment for the felony charge of third-degree animal killing!

On May 18, Ali Chehade was attempting to get a $30 refund from the Critter Pet Shop because his bird had a bloodied, injured wing. The man went ballistic after the store owner told him that a refund could not be issued because the injury happened while the bird was in Chehade's care. The gruesome incident was captured on surveillance, and it shows the man smashing the box that the bird was in before hurling the box to the ground and stomping on it. Store owner Michael Simms had attempted to offer a credit to the man, but that wasn’t enough to prevent the bird from being killed. The gruesome scene played out in front of horrified shoppers who were traumatized by the violent incident.

What this man did is unconscionable! He could face up to four years in prison and a $5,000 fine if he is convicted. We must fight for the maximum punishment for this man - this was a sickening act of cruelty. We also want to see Ali Chehade prohibited from owning animals in the future, as well as mandatory mental health treatment. If he did this to a fragile bird in a fit of anger, what will he do next? Please sign today.