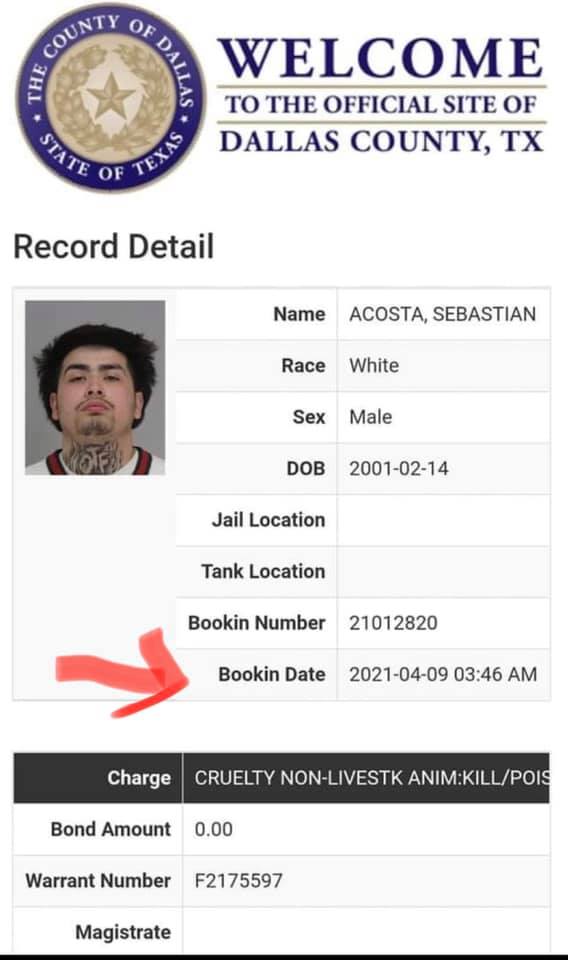 On April 9, police in Dallas, Texas, arrested a 20-year-old man who is accused of fatally bludgeoning two puppies with a log. The police were able to arrest Sebastian Acosta on a 3rd-degree felony charge thanks to tips from the public.

Video (captured from surveillance/game cameras) reveals the moments leading up to the puppies' death and those videos were widely circulated on social media, helping the authorities get the tips they needed to make their arrest. 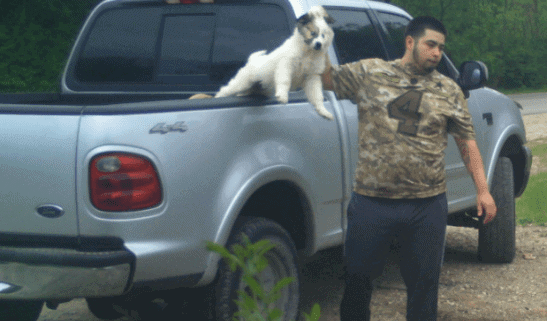 What Sebastian Acosta did is unconscionable! He must NOT receive a plea deal - please sign today to help us convince court officials that Acosta needs to receive the maximum sentence for his charge of Cruelty to Non-Livestock Torture/Kill.

On April 8, the Dallas Police Department issued a release about this cruelty case - asking the public to help them identify the man who pulled two Pyrenees-type puppies from the back of a silver Ford F-150 stopped at 2400 Dowdy Ferry Road. The man can be seen picking the puppies up by the scruff of the neck and carrying them a short distance away. One video clip (not shown below) includes heartbreaking audio in which the puppies can be heard crying as they are killed with the log.

What type of person is capable of committing such a despicable act of cruelty? This was a savage act of cruelty which snuffed out the lives of two innocent puppies. 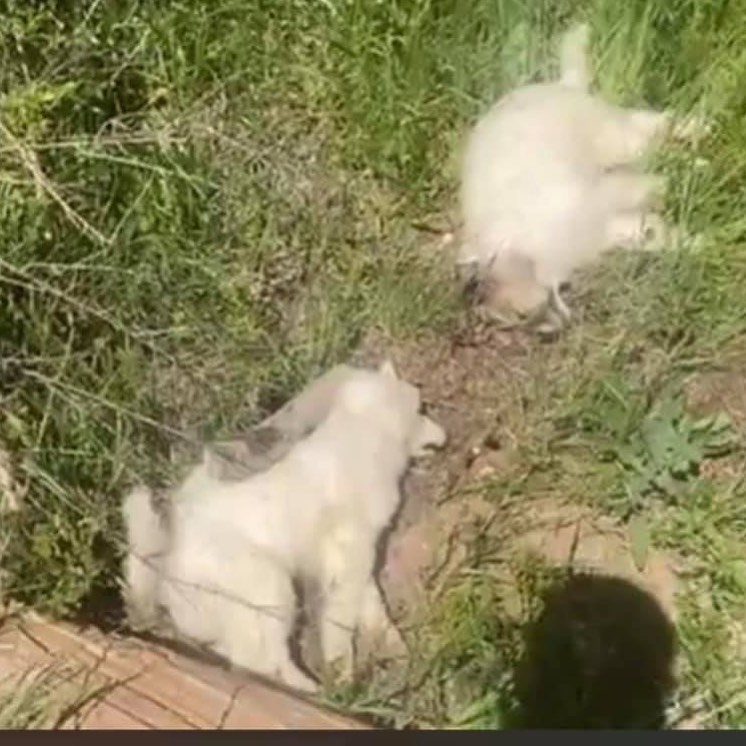 Sebastian Acosta must receive the maximum sentence for his felony animal cruelty charge and we need your support to ensure that it happens. Please add your name to the petition (and share it widely!) to help put Acosta behind bars!!

Note: The dog (adult pit bull type) seen in the bed of the truck was seized by the police (for protective custody) when Acosta was arrested.

Update 5/25/2021: Animal Victory has spoken with Assistant District Attorney Felicia Kerney. She has informed us that court is tentatively scheduled to go to Grand Jury on June 22, 2021. Click here to learn more about this conversation.

Mary Devonshire signed Man Faces Felony Charge For Fatally Bludgeoning Puppies With A Log 2021-07-21 11:38:39 -0400
I’ll adopt Zeus and save him from this nightmare life. Please tell me how I can do this

Mary Sankey signed Man Faces Felony Charge For Fatally Bludgeoning Puppies With A Log via Janelle Babington 2021-07-14 23:52:03 -0400
What a monster, put him away for a long, long time please.

Robin Crowder signed Man Faces Felony Charge For Fatally Bludgeoning Puppies With A Log 2021-07-14 10:18:49 -0400
Compassionate care is something we humans, as a race, should take ownership of and hand down by generations.


All creatures deserve to live without their fate decided by the cruelty greed or ignorance of man.


Ignoring animal abuse enables and furthers the general lack of empathy we are seeing in our society and is contributing to horrible actions and crimes against all sorts of life forms – including humans.


We can’t stand back as a society and turn a blind eye to cruelty. Evolution through civilization moves us together as a global community, and protects us all

luann marchillo signed Man Faces Felony Charge For Fatally Bludgeoning Puppies With A Log via Janelle Babington 2021-07-14 09:30:22 -0400
cant imagine what possessed this idiot to do this. why for Christs sake?!! plenty of people who would’ve taken them. he needs the death penalty badly, not needed here on this earth!!!