Man Accused Of Shaking Cat Out Of Carrier, Into River 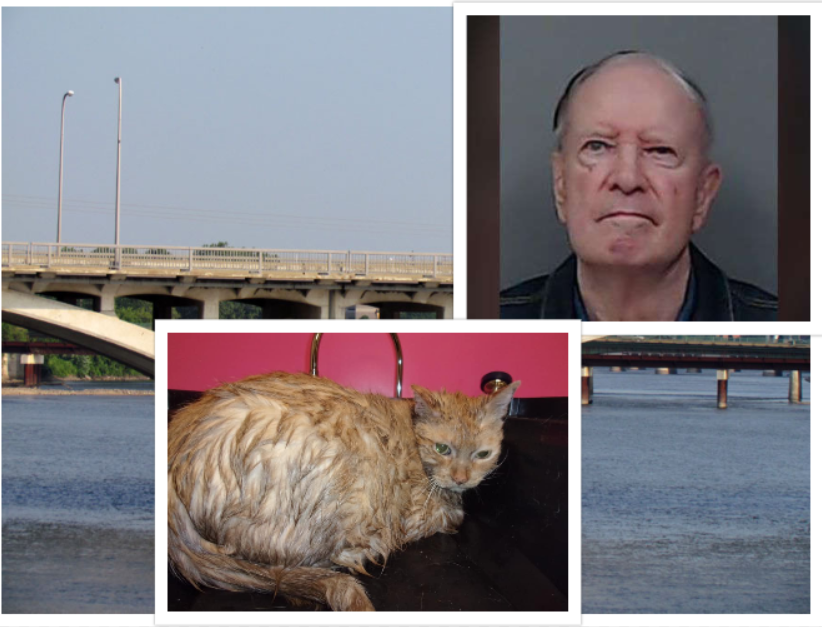 According to the police, Lloyd Wallace Baird not only dumped his cat into the river, he lied about it. In a release, the Cedar Rapids Police stated that Baird came to the police station and asked if his cat had been found, he then told them that his cat "panicked and jumped in the water" after he stopped to show the feline the river. The authorities stated that Baird, "denied intentionally throwing the cat into the river."

But Baird's story didn't hold water based on witness statements, AND surveillance video. According to the authorities, video footage showed this man intentionally dumping his cat into the river. The police stated that Baird could be seen, "leaning over the rail of the bridge, holding the carrier over the river with the door open and facing down. Baird then shook the carrier causing the cat to fall from the carrier and into the river." 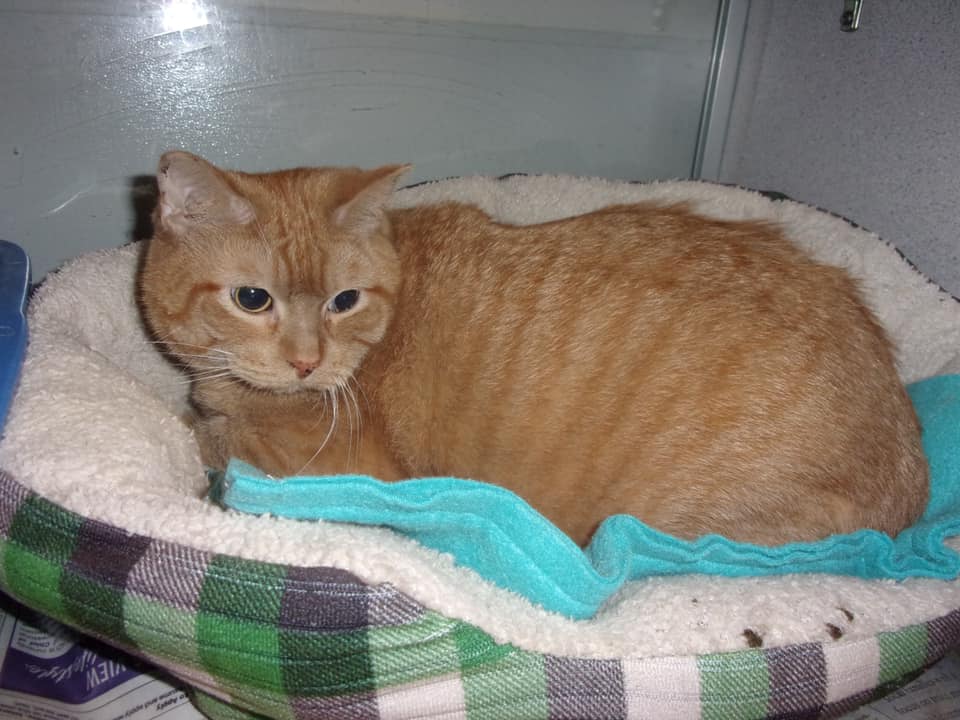 The female cat was rescued from the river after a good Samaritan reported what happened to the police. A Cedar Rapids Police officer located the cat attempting to get out of the river on a rocky incline near May’s Island. Linn County Sheriff’s Office deputies also arrived on the scene and helped remove the cat from underneath a rock next to the water.

According to the police, the cat is currently at the Cedar Rapids Animal Care and Control shelter recuperating from her terrifying ordeal. When she first arrived, her temperature was seven degrees below normal, but x-rays did not reveal any broken bones. Despite what happened to her, she is expected to recover.

Please stand with us as we petition to have Lloyd Wallace Baird receive the maximum sentence for his crime - what he did is unacceptable!

Update 6/14/2021: AV sent 16,501 signatures along with your comments and our PETITION LETTER to Linn County Attorney Nick Maybanks.

Ban from pets ..put his ass in jail…he tried to commit murder!!!! Thank goddddd baby was saved n he was seen on camera !!! Much love to the kity..if I was closer I’d love to adopt n spoil her ..!!

Lucy Sullivan signed Man Accused Of Shaking Cat Out Of Carrier, Into River 2021-06-16 18:13:13 -0400
This terrible person needs to receive the maximum sentence for his inhumane behavior.