A nightmare situation was discovered at Margaret Allanson's property in Grundy County, Tennessee. The authorities found over 250 dogs and puppies on the property, in addition to hundreds of deceased dogs.

This isn't a first for Allanson - back in 2012, the local authorities were called to her property and found over 100 dogs and puppies, but she wasn't prosecuted, and the initial situation has morphed into a huge, cruel, nightmare.

Margaret Allanson is charged with Aggravated Animal Cruelty - please sign the petition today to ensure that this woman does NOT receive a plea deal. She must receive the maximum sentence AND be prohibited from ever owning an animal again. 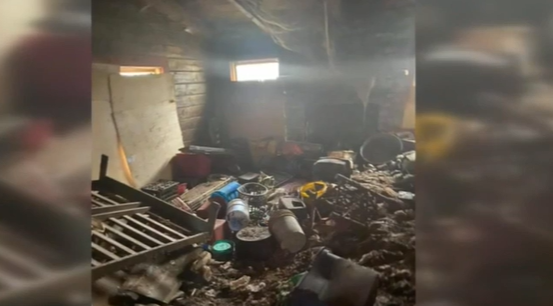 This wasn't just a case of hoarding - Margaret Allanson was making money by selling puppies. Cynthia Turner, a volunteer for Dogs on Borrowed Time, told News Channel 9, "We did look at her LSN (Local Sales Network) account, and there were three Blue Healer puppies that she had listed for $300 each."

A rescuer created a social media post about the horrific discovery at Allanson's property - it reads in part:

"This is what nightmares are made of people. In 2012 another group came in and took over 100 dogs off property and then later another rescue and yet here we are again. Hopefully the legal system works and the owner will not be allowed to own another dog."

Margaret Allanson's property was deplorable. The dogs found there were living in filthy, inhumane conditions, and hundreds suffered and died. This woman must be brought to justice! Your signatures and comments will be presented to officials, along with our letter demanding that she be forbidden from owning animals in the future, and that she receive the maximum sentence for the aggravated animal cruelty charge.

Update 2/18/2021: The Clerk of Courts Office has advised Animal Victory that the next court date has not yet been assigned as they are waiting on assessment papers. We have learned that all of the dogs from this seizure tested positive for heartworms, seven of them died and 217 are still in holding; no adoption plans are currently in place.

Update 1/26/2021:  Prosecutor David McGovern has been assigned to the case. The first court date was in General Session Court on Jan 19. Read our letter here.

Holly Cipparuolo signed Hundreds Of Dogs, Alive And Dead, Found At Nightmare Property Where Woman Ran Illegal Puppy Mill 2021-02-27 08:48:29 -0500
What a horrible witch… and people knowingly let this continue?!? Who are the prosecutors in this area????

Cynthia Pangman signed Hundreds Of Dogs, Alive And Dead, Found At Nightmare Property Where Woman Ran Illegal Puppy Mill 2021-02-25 17:38:14 -0500
PRISON is the only answer for this monster woman! Why on earth if she had been caught doing this in the past was she not followed much more closely by authorities? USDA needs to shut down all puppy mills!!!!! NO license for anything that is a puppy mill, no warnings, no fines… JUST MAKE THEM ILLEGAL!!!!

Rebecca Shannon signed Hundreds Of Dogs, Alive And Dead, Found At Nightmare Property Where Woman Ran Illegal Puppy Mill 2021-02-23 02:16:40 -0500
This is disgusting. She has a cruel black heart.