Hundreds of cows, sheep being punched, starved and the sick are thrown overboard

Please join us in asking David Littleproud, the Minister for Water Resources in Australia, and Bridget McKenzie, the
Minister for Agriculture, to stop sending live animals on ships of suffering and death. Cows and sheep are being exported from Australia to be slaughtered in other countries. Conditions on the ships are horrific, and when an animal gets sick, it is thrown overboard into the sea...sometimes while still alive. These live animal exports must be halted - the suffering has gone on too long.

(Image via Israel Against Live Shipments)

Just this month, dozens of calves aboard a livestock transport ship which departed from Australia, died after arriving in Israel. The Times of Israel reported that it took workers five agonizingly long days to unload the ship...days in which the animals suffered in hot, miserable conditions which ultimately resulted in many deaths. When being unloaded from the ships, the feces covered cows are hit, punched, and forced to move with electric shock prods. 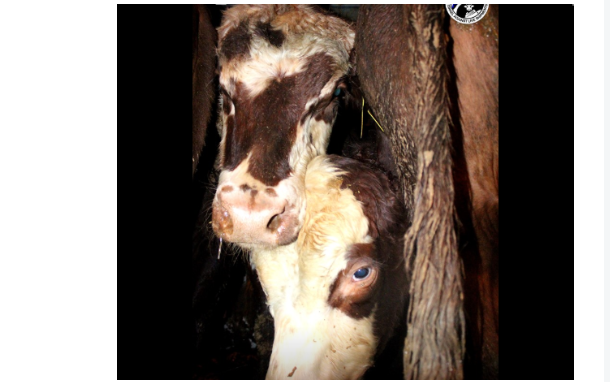 A spokesperson with Israel Against Live Shipments has described this as one of the cruelest situations he has encountered. These animals are bred to die - is that not punishment enough? Must they be made to suffer in squalid, hot conditions first? Must they be treated as if they cannot feel? This torturous practice must end!

Watch a video of the cows being shocked with prods to leave the ship here.

Watch a video of the calves which perished here.

UPDATE: 10/07/2019 We have sent 2910 signatures and our letter to the Senator and the Parliament of Australia with your comments.

The Agriculture Ministry now admits that the conditions on these "live animal transports" are cruel! An inspector with Israel’s Agriculture Ministry admitted that animals on these miserable transport ships are regularly subjected to poor ventilation, high levels of ammonia, wet bedding, high humidity, and suffocation resulting from overcrowded conditions.  Sheep packed into the ships are often unable to lay down for upwards of three weeks because they have no room - animals that get sick are thrown overboard. This is cruel and it must come to an end!