Dog Found In Dumpster At City Incinerator Facility - Find Whoever Is Responsible! 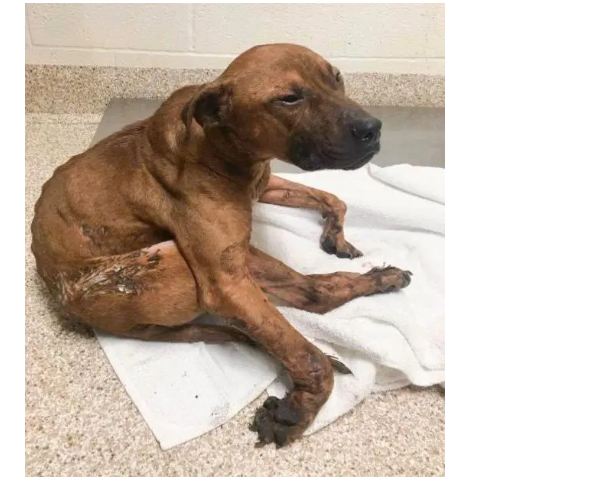 A dog is lucky to be alive after someone threw him away like trash. The dog, dubbed Donut, was found on Monday after he fell an estimated 30 feet from a dumpster at the Baltimore, Maryland, trash incinerator facility. If not for an astute front-end loader operator, Donut would have died in the piles of trash surrounding him.

The purpose of this petition is to find the person responsible for throwing this dog away like trash! When and if that person is found, your signatures will be presented to the prosecutor with a request for severe punishment. 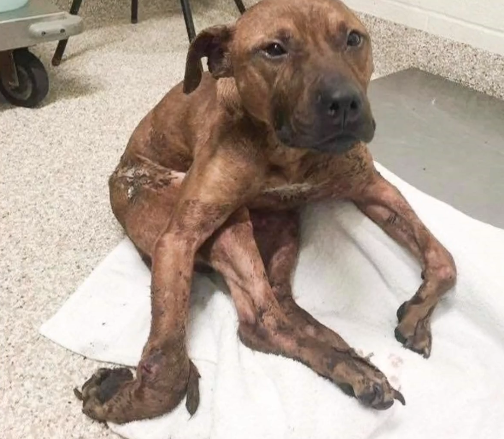 Donut is recuperating at the BARCS Animal Facility. The animal welfare agency reports that Donut has severe injuries on his front legs and multiple cuts and puncture wounds on his body. BARCS stated:

Donut was rushed to BARCS where our veterinarian team examined him. It was clear that Donut not only went through the terrifying events of the morning and whatever led up to him being in that dumpster but that he had also been lacking care for quite some time.

Despite the severity of Donut's wounds, he still seeks out comfort and kindness from the people that he has been in contact with. Nobody knows what led to him being discarded in the dumpster, but investigators are hoping to find answers. Baltimore City Animal Control requests that tips be phoned to the Animal Abuse Unit at 443-681-0101.

Your signatures will be collected and presented to the prosecutor when and if someone is arrested for this disturbing case.

Update 3/25/2020: BARCS Animal Shelter has provided a heartwarming update about this abused and discarded dog. The animal welfare agency writes:

Donut is now recovering in foster care. He is with one of most experienced fosters who has cared for many Franky Fund cases. He had X-rays last week that his broken leg is healing well, but will still need to be in a splint. In addition, the wounds under Donut’s splint are looking much better. Donut will need an X-ray again in a few weeks, and we will continue to share updates as he progresses. Donut’s foster mom reports that he loves wearing pajamas to help cover his healing wounds and watching Animal Planet is his favorite “be calm” activity.

Donut was able to receive treatment thanks to the Franky Funds - learn more here.

Sarah Desousa signed Dog Found In Dumpster At City Incinerator Facility - Find Whoever Is Responsible! 2020-06-14 12:20:02 -0400
I am glad Donut is recovering well. Bless the BARCS Animal Shelter and Franky Funds. And thanks so much to Donut’s wonderful foster mom!

Hayley Brock signed Dog Found In Dumpster At City Incinerator Facility - Find Whoever Is Responsible! 2020-05-24 10:49:44 -0400
Whoever dumped this poor puppy in this condition needs to be severely punished.

Something is clearly wrong with our society that this happens so often.

I’ll hold this dog and fosters close on my heart.

Thank you for what you do.

JoAnne Beck signed Dog Found In Dumpster At City Incinerator Facility - Find Whoever Is Responsible! 2020-04-10 02:13:04 -0400
I can never understand this kind of abuse to a sweet looking creature. Find and punish the sick subhuman who hurt this pup!

c a signed Dog Found In Dumpster At City Incinerator Facility - Find Whoever Is Responsible! 2020-04-08 20:10:30 -0400
You know this place is definitely not Charm City its Slaughter City it never flipping ends it never flipping ends thank God that babies okay I pray that they get those SOB’s as soon as possible and I hope Justice is served to this poor precious angel

Colette Fontaine signed Dog Found In Dumpster At City Incinerator Facility - Find Whoever Is Responsible! 2020-04-08 00:47:36 -0400
Disgusting. MAKE sure this person gets to have a nice long stay in prison. Bastard

Lori DeLorenzo signed Dog Found In Dumpster At City Incinerator Facility - Find Whoever Is Responsible! 2020-04-07 23:50:37 -0400
When they find the monster that did this, and I pray to God they do, please serve a harsh punishment against them. This innocent creature does not deserve to be treated like trash. The person(s) responsible for!