Dog Found Frozen Inside Of Abandoned Cage - This Should Be Investigated! 7973 PEOPLE SIGNED THIS PETITION 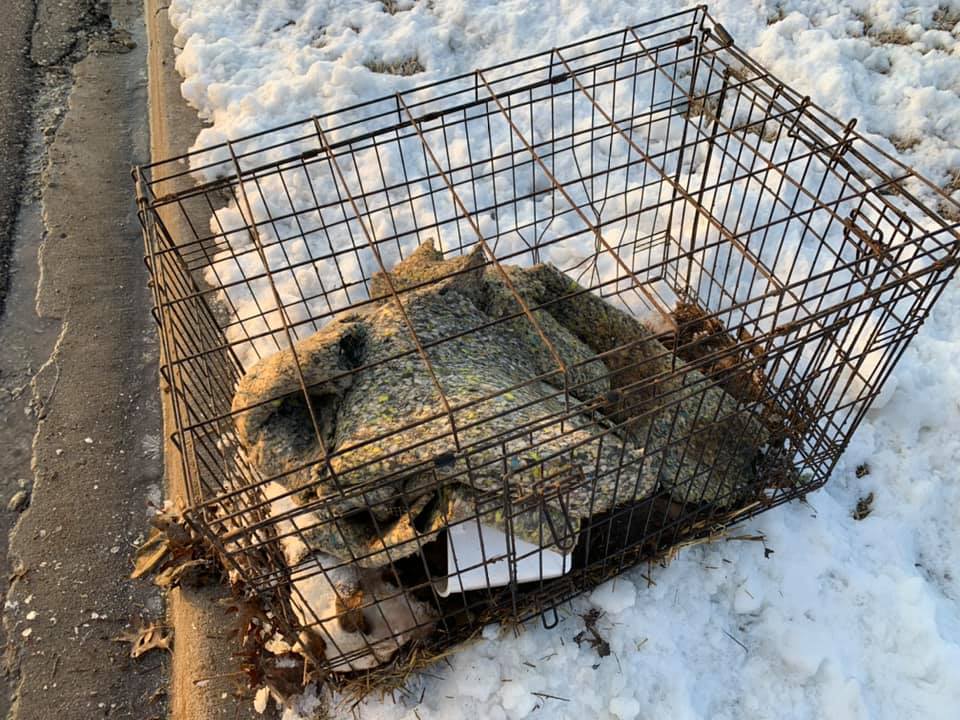 The body of a frozen dog was found in late January in an abandoned cage found in the snow in Missouri. There is speculation that the dog succumbed to the cold while locked in the cage, but the truth will never be known because the Kansas City Animal Control has decided not to investigate.

Cases of possible animal cruelty must be investigated! This agency should have posted photos of the dog on social media and asked for tips to be called in. Instead, nothing is being done and this case has been closed.

Please add your name to the petition - we will be sending your signatures to the Kansas City Animal Control agency and letting them know that this case should be investigated, and ALL future cases of animal cruelty must be investigated.

The dead pit bull was discovered by Liz Ogle, a Grandview city employee. Ogle described the horrible discovery to KCTV 5 News, "The kennel itself was bent, like the dog had tried to get out before. It was covered in feces. It had a bucket of feces next to its face. It looked skin and bones from what I could see of it.”

The abandoned dog showed no obvious signs of trauma - leading to the speculation death came from being left in the bitter cold. Amazingly, Ogle learned that the animal control agency described the cage which was left alongside the road as "just trash," and declined to proceed with an investigation. There was no offering of a reward...no utilization of social media to see if anyone recognized the cage, the dog, or the other contents found inside. Just nothing. 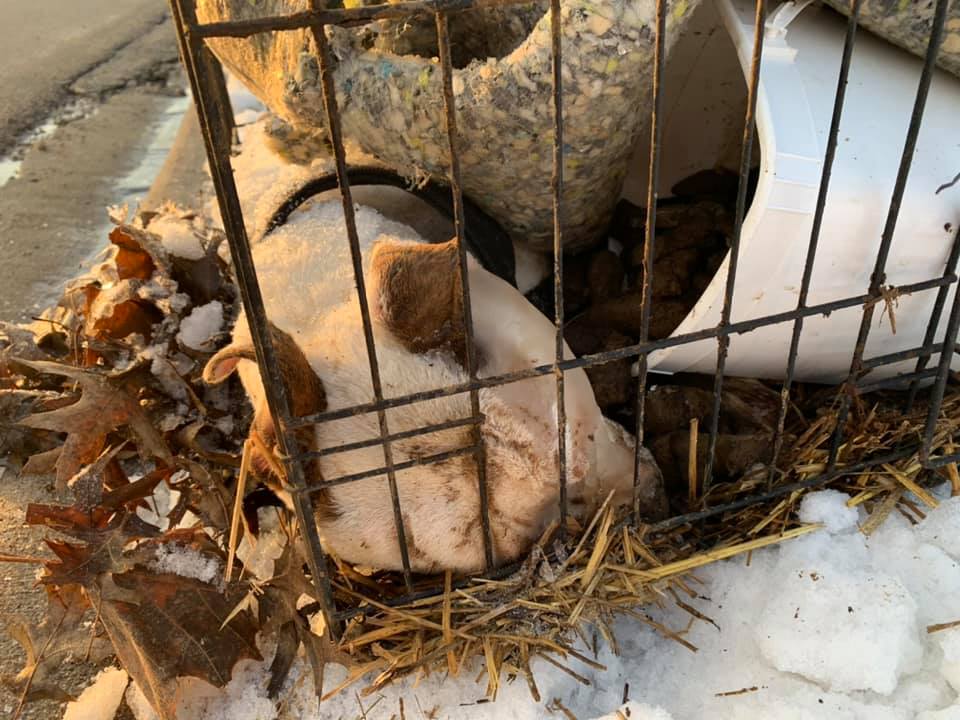 This dog was a living, breathing, feeling animal who deserved life. It is appalling that the agency which could have investigated the situation decided that it was not worth pursuing. We will be letting the Kansas City Animal Control know that WE do care about this dog and they should have too. Please show your support by signing the petition. Thank you.

patrice eubanks signed Dog Found Frozen Inside Of Abandoned Cage - This Should Be Investigated! 2020-02-03 00:08:17 -0500
Kansas City Animal Control do your friggin jobs and investigate this. You all are trash if you don’t find this abuser/murderer.

Ivvy Pierce signed Dog Found Frozen Inside Of Abandoned Cage - This Should Be Investigated! 2020-02-02 10:47:30 -0500
Investigate!!! Don’t be like the callous evil monsters that committed this horrific crime!!!