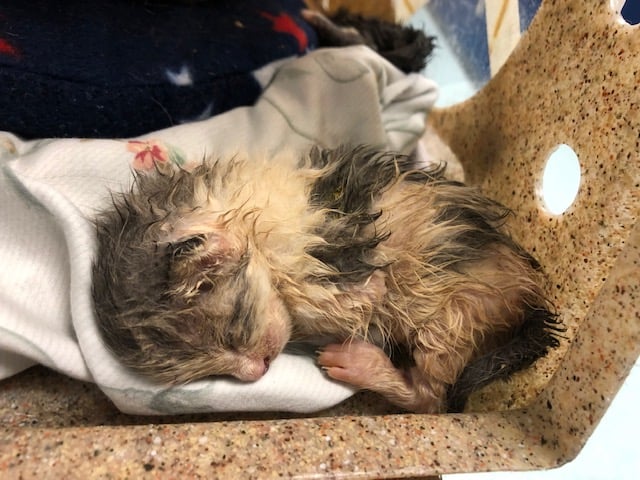 Nine cats and seven kittens have been saved from a slow and miserable death thanks to a contractor who was able to remove them from the walls of an abandoned house in Philadelphia, Pennsylvania. The felines were rescued after meowing could be heard from behind the walls.

Sunday started out a bit differently for a contractor working on an abandoned house. The home owners had heard meowing in the walls, and when he opened the wall, he found 9 adult cats with 7 kittens 😲. Thankfully, he was able to get them out and bring them to us - but it took eight hours to do so. We're so glad that he did, as quite a few aren't in great shape, and sadly, one of the kittens was not able to be saved.

According to the animal welfare agency, the cats and kittens are scared and need socialization, but they are safe. As reported by MSN News, officials believe that the cats got inside of the walls through a hole during renovations. “Cats, abandoned houses, it’s a perfect shelter,” Sarah Barnett with the ACCT said. “They can come in and out as they please. The cats were likely in that wall when the hole was sealed and didn’t know it was sealed and no one knew there were cats inside.”

The shelter is seeking foster homes for the rescued kitties. You can 𝐞-𝐦𝐚𝐢𝐥 𝐟𝐨𝐬𝐭𝐞𝐫@𝐚𝐜𝐜𝐭𝐩𝐡𝐢𝐥𝐥𝐲.𝐨𝐫𝐠 if you are interested.