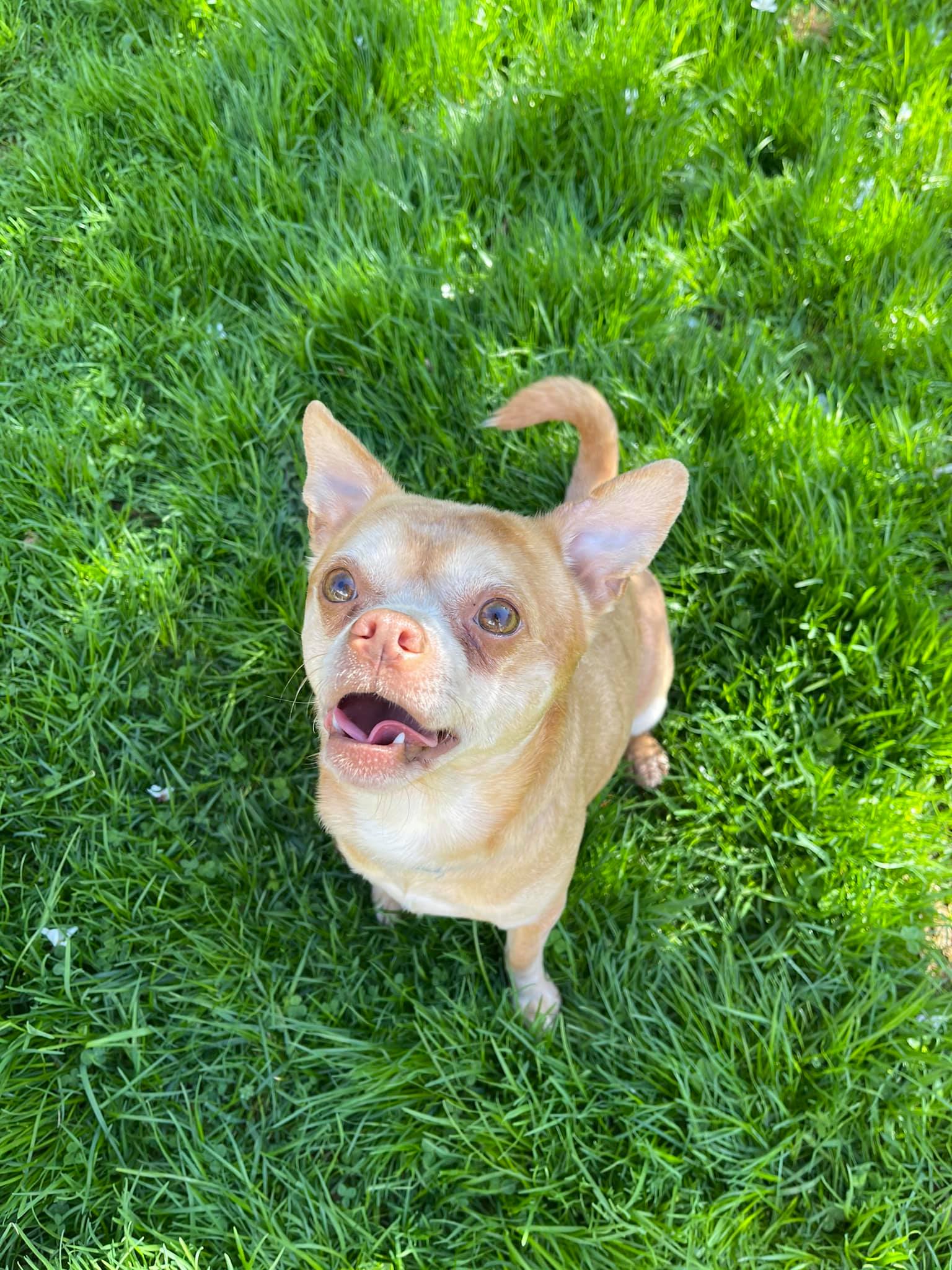 Against all odds, a "demonic" Chihuahua, whose incredibly truthful adoption biography went viral on social media, has been adopted. The two-year-old dog, named Prancer, was being fostered by Tyfanee Fortuna, who penned a rather hilarious adoption profile which garnered an incredible amount of attention. In the biography, Fortuna called Prancer a “Chucky doll in a dog’s body."

Despite the damning description, which read in part, "I’ve tried for the last several months to post this dog for adoption and make him sound …palatable. The problem is, he’s just not. There’s not a very big market for neurotic, man hating, animal hating, children hating dogs that look like gremlins. But I have to believe there’s someone out there for Prancer, because I am tired and so is my family. Every day we live in the grips of the demonic Chihuahua hellscape he has created in our home," Ariel Davis, from New Haven Connecticut, decided to take a chance on the pint-sized terror. 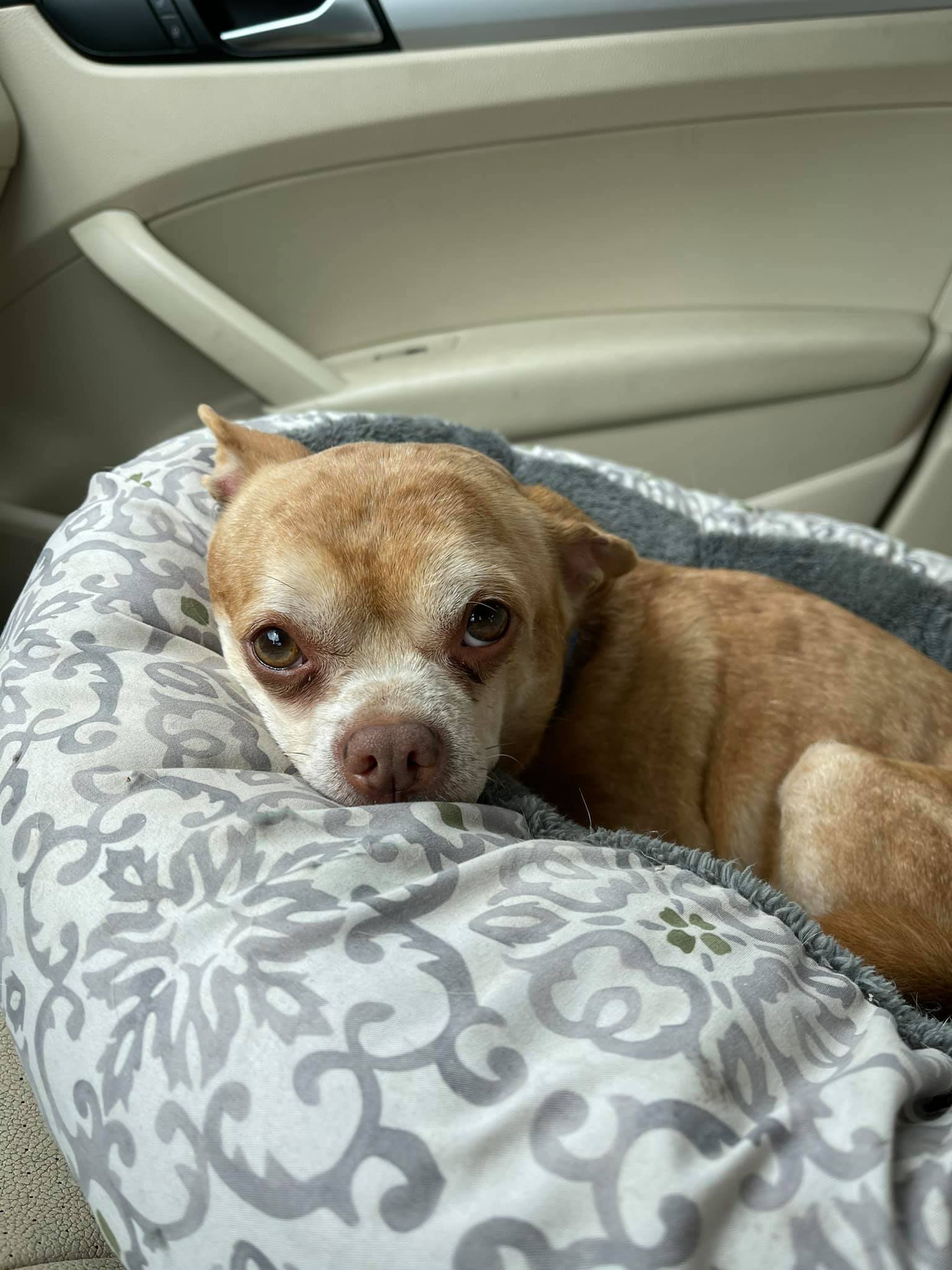 Davis had previously shared her life with another neurotic dog, and she felt like she could give Prancer the home that he needed. As for his former foster mom, she's grateful the little guy is out of her life. She wrote a cheeky Facebook post about Prancer's adoption:

Time flies when you’re having fun. Time also flies when the Chihuahua who held your family hostage for 6 months finally gets adopted. Prancer is almost a distant nightmare to me now, even though he was adopted just over a week ago. His adoption day was one of the best days of my life. On the flip side, I couldn’t help but feel a bit wrong....it was like expelling myself of a demon and passing it on to someone else. I justify it by knowing it was a consensual exchange, and i couldn’t have made the terms and conditions anymore clear. It also helps that his new victim is madly in love with him (or she has Stockholm syndrome already).

Best of luck in your new home Prancer (and good luck Ariel!!)

Teri Siguenza commented on 'Demon' Dog Adopted, Despite Frightening Truthful Adoption Biography 2021-04-29 10:59:16 -0400
😁 glad that Prancer found a loving home. If that is not proof enough that animals have their own character than I don’t know what is.

Christine Lee commented on 'Demon' Dog Adopted, Despite Frightening Truthful Adoption Biography 2021-04-29 10:42:26 -0400
It was just a bad fit for the foster family. Pup doesn’t like kids.. I assume the family had kids. Pup doesn’t like other animals… I assume the foster had other animals, which is how they discovered this and created a chaotic environment. I’m so glad he got adopted and they all can have a better positive environment now. Happy days Prancer!

Denise Young commented on 'Demon' Dog Adopted, Despite Frightening Truthful Adoption Biography 2021-04-28 11:16:49 -0400
Right on!
Glad you got rid of the hellish dog!
I once had a nutjob pet I had to get rid of, I only lasted about one month not six!!
There was definitely something wrong in it’s head!!!
Enjoy your life!!!

Sonja Barton commented on 'Demon' Dog Adopted, Despite Frightening Truthful Adoption Biography 2021-04-28 09:54:12 -0400
I hope this little one has found his forever home and that he will be happy! I believe animals react in kind with how they are treated.

Denise Guimarais commented on 'Demon' Dog Adopted, Despite Frightening Truthful Adoption Biography 2021-04-28 08:47:37 -0400
ummm ok bitch rude and are you sure that new adopter doesn’t just want to torture the poor dog? My chi mix foster failure is a “demon dog” as you state to other dogs but he’s extremely sweet to me, but my dog who I have had as a puppy has been the least affectionate. You can’t touch him when he was younger bark at everything and hes extremely beautiful, but not in the least friendly, but here he is 14 years later. I would not abandon him. I guess I am used to imperfect dogs going at other dogs or people. I just walk around others if theres people around. I never thought my favorite breed would become the Chihuahua, but it is now. There is sthg special about my boy. But no one is perfect. Animals are still truly innocent VS a human. I have my own demons as well.