'Cat-Astrophe' In Houston As Tiger Remains At Large 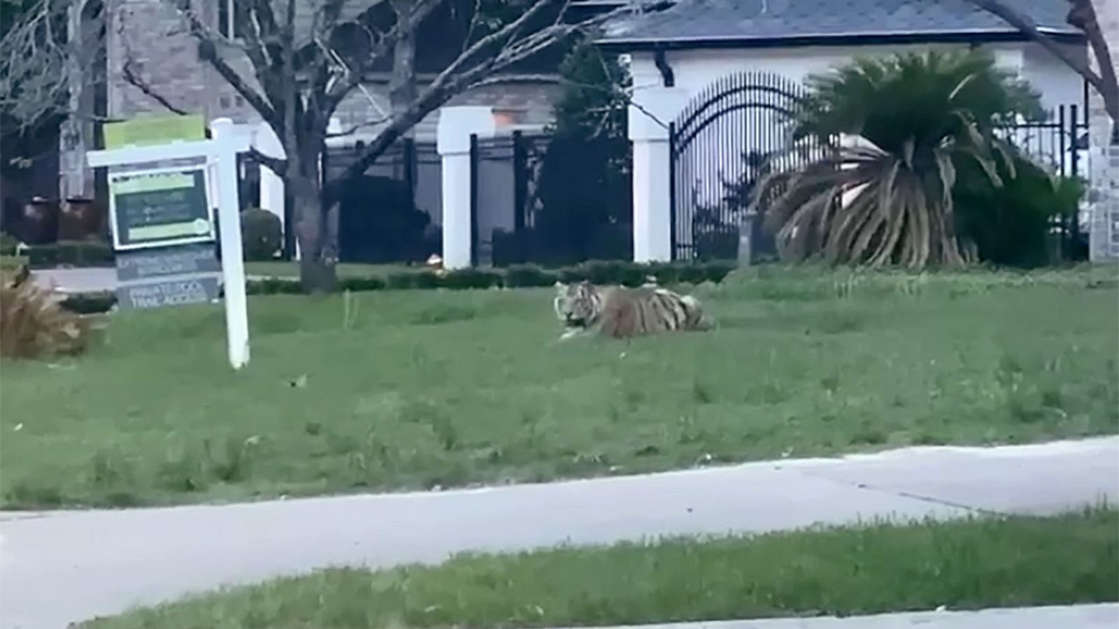 There's a "cat-astrophe" in Houston, Texas, as a Bengal tiger remains at large. The big cat, who allegedly lived with 28-year-old Victor Hugo Cuevas, was spotted roaming a West Houston neighborhood on Mother's Day; the police were attempting to arrest Cuevas when he put the exotic cat into a Jeep and drove away.

“The owner put the tiger in a white SUV and drove off from the scene, there was a brief pursuit, and the man got away with the tiger.”

The Houston Police Department later Tweeted that Cuevas had been arrested, but the tiger remained at large.

The authorities have promised to find a safe haven for the big cat when and if he is found, stating,

"We have plenty of places we can take that tiger, keep it safe and give it a home for the rest of his life."

Kate Kenner commented on 'Cat-Astrophe' In Houston As Tiger Remains At Large 2021-05-13 13:23:59 -0400
You are so right, Susan. it comes down to the human centricity and entitlement of people.. Pit bulls are stigmatized and abused. Many people can not even have chickens or pigs yet too many are allowed to have big cats, primates, and other beings.

Susan Repp commented on 'Cat-Astrophe' In Houston As Tiger Remains At Large 2021-05-13 12:06:18 -0400
This incident shows how flawed the law is…pitbulls can be banned in cities across the U.S. but…you can own an exotic animal that is far more dangerous! I hope this poor animal will not pay for human error! We need to pass the law now in the senate to stop public ownership of these wild animals!

Kate Kenner commented on 'Cat-Astrophe' In Houston As Tiger Remains At Large 2021-05-12 09:23:45 -0400
As my mother used to ask, ‘are you for real?’ Such human centricity is appalling. Wild animals should be as wild as possible if not in the wild and are not pets. If something happened and the tiger acts wild aggressive it will be he who pays for it with his life and again big cats should not be pets. Lucy Kelly commented on 'Cat-Astrophe' In Houston As Tiger Remains At Large 2021-05-12 08:30:41 -0400
I think the denial to the general public of various types of ownership seems dishonest. The rich and powerful seem to end up with everything. They dont mind danger, since they let people have dangerous dogs, but they seem to want to take all of some things for themselves. I just think it seems like theft. Tigers belong in the wild, but if they are not in the wild, they dont necessarily all belong with the same few people. Anyway, I dont blame this man for wanting to keep his pet. If it doesnt go back to the wild, then he may as well keep it.